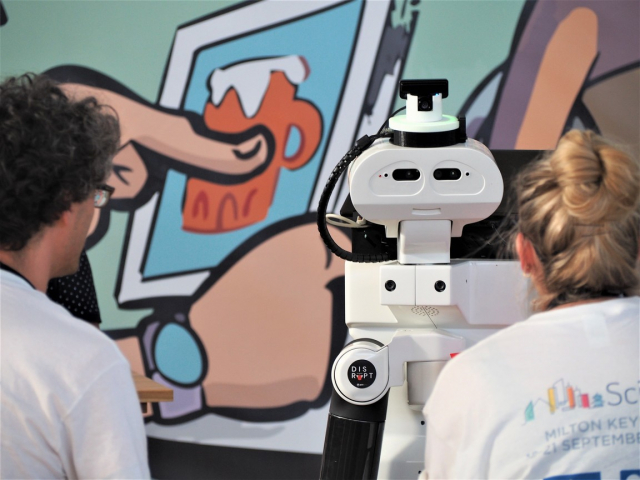 The city of Milton Keynes hosted the first European Robotics League – Smart Cities Robotics Challenge (SciRoc Challenge) from the 17th-21st of September. Ten teams of researchers and engineers in robotics and artificial intelligence met in a shopping mall to demonstrate the state of the art in robotics within the context of smart cities and specifically smart shopping.

The European Robotics League (ERL) was launched in 2016 under the SPARC- the Partnership for Robotics in Europe. This pan-European robotics competition builds on the success of the European Union’s funded projects: RoCKIn, euRathlon, EuRoC and ROCKEU2, and is now run by the SciRoc Horizon 2020 project. The ERL is the umbrella for three robotics competitions: ERL Consumer, ERL Emergency and ERL Professional Service Robots. All three competitions meet every two years in the new ERL Smart Cities Robotics Challenge, showcasing how real robots can make our lives better in urban environments.

Daniele Nardi, Professor of Artificial Intelligence at Sapienza University of Rome and Head of the Technical Committee of the SciRoc Challenge, explains that the project consortium chose the topic of smart cities because “Robotics competitions in a smart city are projected into the future, since it is likely that smart cities will be among the first places populated by robots”.

The competition includes five different episodes or scenarios under three categories: human-robot interaction & mobility, emergency and manipulation.  Each episode is a specific technical challenge for a robotic system and at the same time represents a situation that would be typical in a city where humans and robots share common spaces. Although the competing robots face mock scenarios, the environment and difficulties are intended to be as realistic as possible, including the interaction with people from the public. 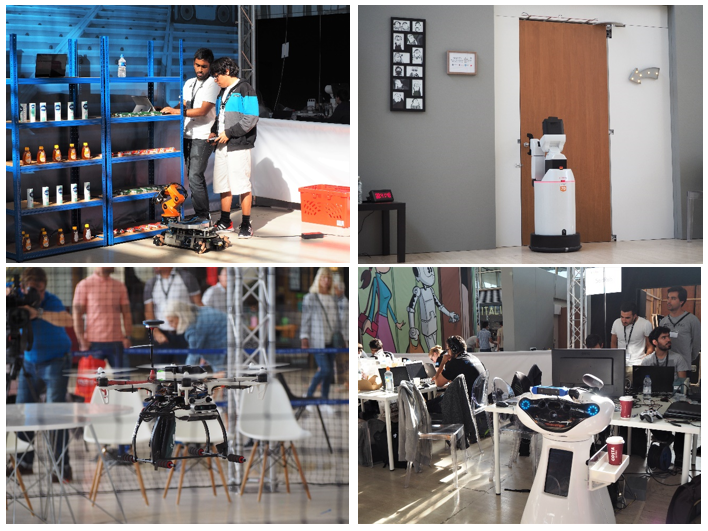 Matteo Matteucci, Assistant Professor at the Politecnico di Milano and one of the researchers behind the development of the ERL benchmarking methodology comments “We have gone from a big once in a while costly competition to frequent, sustainable and repeatable competitions in a regional net of laboratories and hubs. The ERL is a big open lab running tournaments during the whole year. The competitions are structured in a way that they are repeatable experiments you can compare against one another.” In the case of the Sciroc Challenge he adds, “it is somehow in the middle of the two, it’s a bigger event made up of small tasks in a public venue. The episodes provide a narrative for the general public. People are more interested in the story and perspective than the pure engineering benchmarking part. That’s why we came up with the short stories of the episodes in the context of the smart cities.”

euRobotics, partner in the SciRoc project, was on the competition site in Milton Keynes and spoke with the participants and organisers. Check the articles published on Robohub.org to know more about the teams, the technical challenges they faced and the ERL benchmarking system.