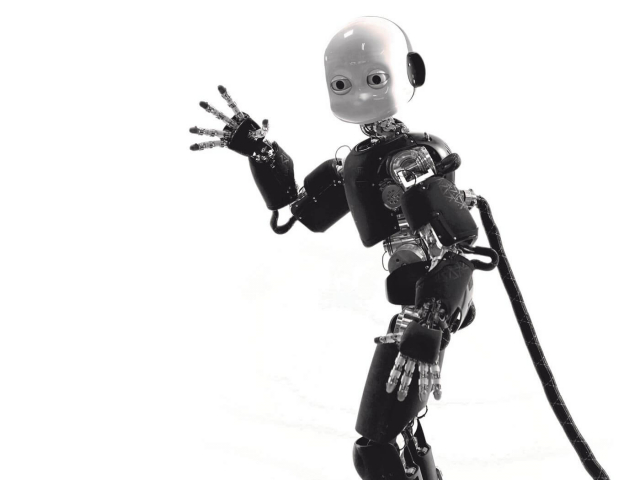 A European humanoid – based on interdisciplinary research

The iCub is a humanoid robot shaped as a four years old child. It is available as an open system platform following the GPL license. The iCub was originally designed by a consortium of 11 partners guided by the Istituto Italiano di Tecnologia (based in Genoa, Italy), with background ranging from engineering to neurophysiology and developmental psychology, within the RobotCub Integrated Project funded by European Commission through its Cognitive Systems and Robotics Unit (now simply Robotics).

The iCub can stand, walk, crawl on all fours and sit up. Its hands allow dexterous manipulation and its head and eyes are fully articulated. It has visual, vestibular, auditory, and tactile sensory capabilities.

In the past few years the community of researchers working on the iCub grew at a constant pace. Today there are more than 25 iCub platforms available worldwide and 5 in the production line. The iCub platform evolved significantly in terms of its sensors and actuators.

The key advantage of the iCub is that it is an integrated platform that allows the study of complex tasks that require for example speech and auditory perception, vision as well as proper coordination and integration of sensory data and control. We believe that this, more than ever, requires that researchers with different expertise join forces and start working together. Having platforms with compatible software and hardware is clearly a unique opportunity for collaboration. 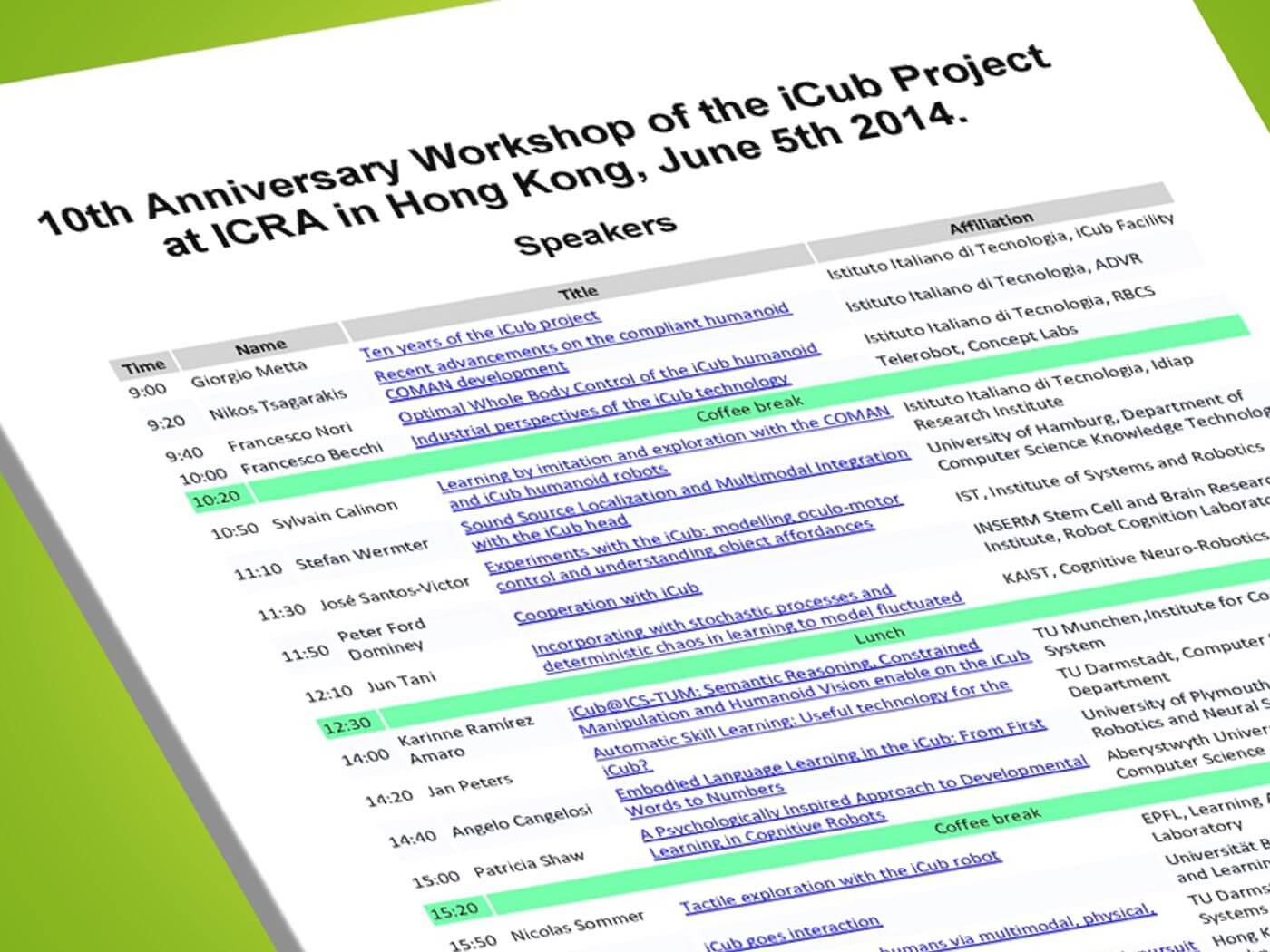 With 25 copies (soon to become 30) of the platform being used by research institutions, iCub is the most proliferous humanoid robot in the world, spawning many valuable results into market-driven applications. The community meets annually to share software and results, here the programme for the 10th anniversary meeting at ICRA Hong Kong (Image credit: Istituto Italiano di Tecnologia)