Robotics_Forum | 19.03.2018
Projects that will shape the future of robotics win the euRobotics Awards 2018, in Tampere, Finland
Tweet 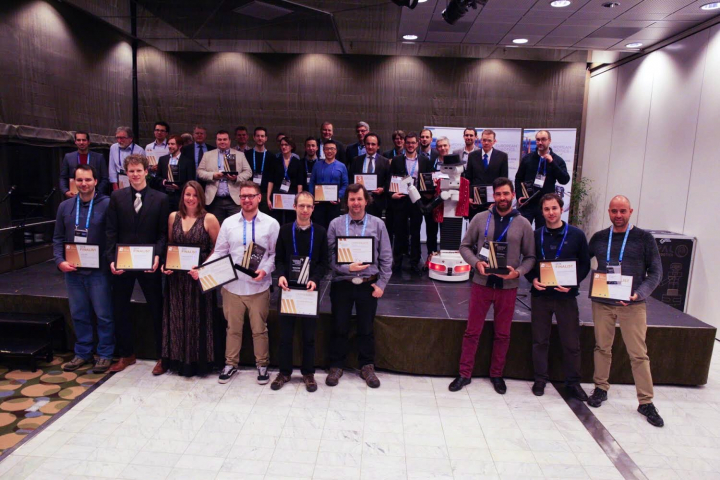 19 March 2018, Brussels -  The European Robotics Forum 2018 (ERF2018) in Tampere brought together over 900 attendees from robotics academia and industry. To bridge the two, euRobotics hosted the Georges Giralt PhD Award 2017 & 2018 and the TechTransfer Award 2018, during a Gala Dinner event on 14 March, in Tampere, Finland.

The aim of the euRobotics Technology Transfer Award (now in its 15th year) is to showcase the impact of robotics research and to raise the profile of technology transfer between science and industry. Outstanding innovations in robot technology and automation that result from cooperative efforts between research and industry are eligible for the prize.

The First prize went to Germany’s Roboception: rc_visard - 3D perception & manipulation for robots made easy team, composed of Michael Suppa, and Heiko Hirschmueller from Roboception GmbH, and Alin Albu-Schaeffer from the Institute of Robotics and German Aerospace Center (DLR).

“This award is a recognition of our institute’s continued efforts of supporting the go-to-market of technologies developed at our institute or – as in this case – derived thereof,” said Prof. Albu-Schaeffer. Dr. Suppa added that “since spinning Roboception off the DLR in 2015, a significant amount of thought, hard work and – first and foremost – unfailing commitment of our team have gone into bringing this technology from a research state to a market-ready product. And we are very proud to see these efforts recognized by the jury, and rewarded with this prestigious award.” The rc_visard is already in operational use in a number of customer projects across a variety of robotic domains. Prof. Albu-Schaeffer, an enthused rc_visard user at his DLR Institute himself, is convinced that “this product is one that will shape the future of robotics, thanks to its unique versatility.”

Watch the an interview with rc_visard filmed at Hannover Messe

The Second prize went to Germany, to the project Mobile Agricultural Robot Swarms (MARS), created by a team made up of Timo Blender and Christian Schlegel, from Hochschule Ulm, and Benno Pichlmaier from AGCO GmbH. The MARS experiment aims at the development of small and stream-lined mobile agricultural robot units to fuel a paradigm shift in farming practices.

The 2017 edition saw 41 submissions from 11 countries. The jury composed of 26 academics from 16 European countries awarded: 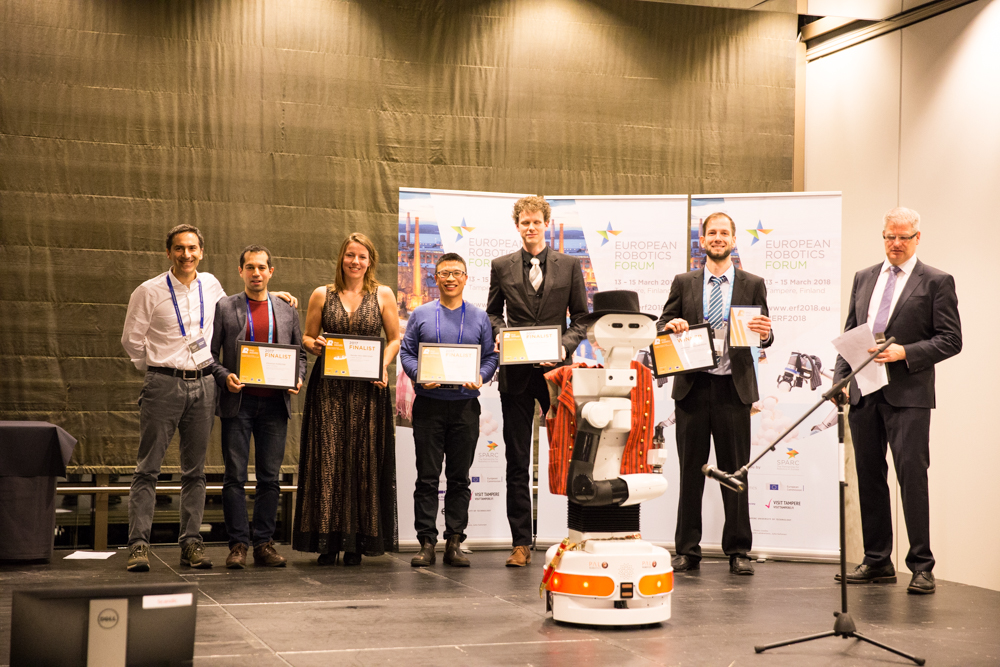 The 2018 edition saw 27 submissions from 11 countries. The jury composed of 26 academics from 16 European countries awarded: 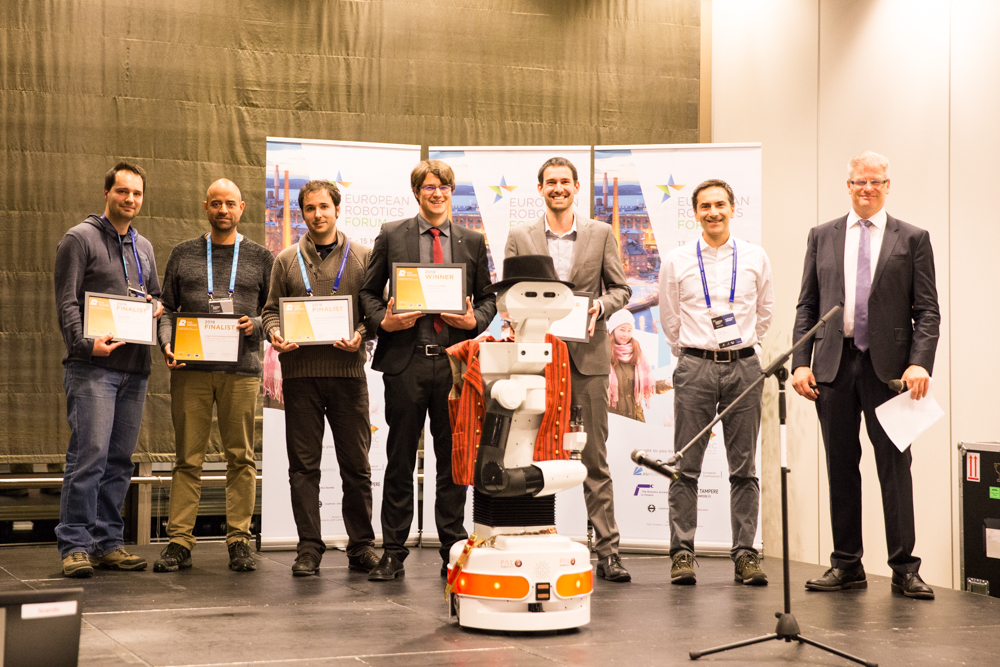