Robotics_Week | 07.12.2020
Getting your cobot to work is easier than you think
Tweet 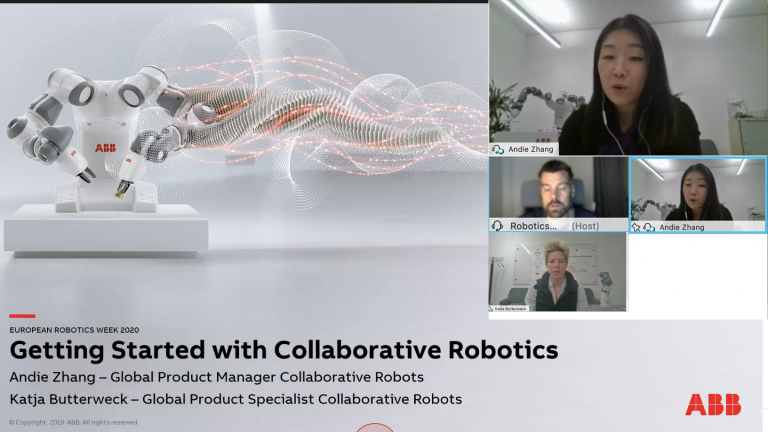 An interesting opening session at the ERW 2020 Central Event last week offered some insights into working collaboratively with robots, writes Steve Doswell. The focus was on ABB’s YuMi which, when launched in 2015, was introduced as the world’s first truly collaborative robot.

In the ‘cobot’ arena, safety is key. In that respect, from the outset, YuMi was promoted as a game-changer where people and robots could physically work together safely, without barriers.

My own previous history with YuMI was on ABB’s exhibition stand at European Robotics Week 2019 in Poznań, Poland, where I took part in a short (very short) contest with a dual-armed YuMi to see which of us could complete a shape made out of small blocks in the shortest time. Perhaps inevitably (although I’m willing to accept personal lack of dexterity as a factor), YuMi completed the task a few seconds before me and emphasised the victory by celebrating on the spot, to the amusement of the small crowd who had gathered around us.

Apart from this mildly humbling experience, I was impressed at YuMi’s fast, precise and nimble movements. Behind that speed and precision, though, at the time I did wonder how difficult it might be to programme YuMi to perform this task and then to programme it for other tasks. After all, this is a commercial robot and the flexibility to ‘re-tool’ to tackle a variety of tasks is important as a proof of value of investment.

The answer is ‘not very difficult’. Indeed, ABB itself says that by combining human adaptability with a “robot’s tireless endurance for precise, repetitive tasks, it’s possible to automate the assembly of many types of products on the same line.”

In fact its ease of setup is one of YuMi’s selling points, so that even people with no experience in a robotics lab can set one up and make good use of it.

During this year’s ERW session, held online, ABB’s Global Products Manager for Collaborative Robots Andie Zhang explained that YuMi can perform human-like tasks helping operators with dull or low-value jobs, typically by handling parts, screwdriving and similar repetitive actions. Via a series of video clips – there are many on YouTube - the session also gave several illustrations of YuMi’s dexterity in non-industrial settings: wrapping Christmas gifts (and adding a bow as a final touch), solving Rubik’s Cube, even conducting an orchestra.

The sight of YuMi scooping ice cream from a range of flavours along a linear track added a mouth-watering dimension to the story of YuMi’s versatility. In this setting, eager consumers make their choice (pistachio and salted caramel would do it for me) from an i-Pad and YuMi gets immediately to work. Andie noted that applications like this are an effective solution in a pandemic and simple, fast-food installations of this kind could be attractive in university or similar environments in normal circumstances, too.

Back to the main purpose of this session, there are online tutorials for single- or dual-arm YuMi, and an AR app to view potential applications using an augmented reality app. Application Specialist for Collaborative Robots, Katja Butterweck, explained that robot programming has moved, if not exactly into the mainstream, then certainly closer to it. Programming YuMi to perform new tasks is no longer the sole preserve of roboticists: “In the past, only experts could have programmed it. Now, with Wizard and Blockly (a graphical programming tool pre-installed in YuMI)  it’s a lot easier to understand so everyone can programme it.” Transferring from the virtual to the real world is easy. New task movements can also be programmed in simulation and then connected to a real robot for actual use.

There was a lot more to the session. This is a short summary, which will be updated once the session recording is available. More on YuMi’s five-year history. 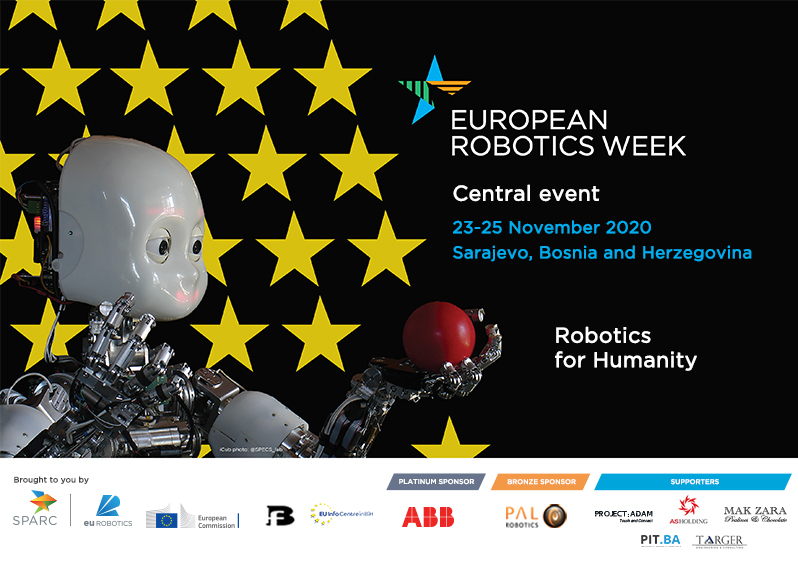