Brussels, 04 December 2012 – The second European Robotics Week was held last week from November 26 to December 2, 2012.  More than 90 organisations and institutes in 21 European countries organised over 200 robotics related activities for the public and managed to reach approximately 30.000 people across Europe, many of them high school students and elementary school pupils.

The events featured throughout the week offered many opportunities for the public, particularly school kids and students, to have hands on interactions with robots in an educational or public setting.
Great activities such as live demonstrations of dancing robots, soccer playing robots, concerts by robot bands, robots picking beans or locating candles in a circle on a birthday cake , robots visiting schools, art exhibitions, … were organised all over Europe.  The European Robotics Week was a tremendous success in bringing awareness to the public on how robotics technology impacts our lives.

“The whole European robotics community - leading companies, robotics institutes and universities – worked successfully together to set up the European Robotics Week for a second time. Besides educating the public about the growing importance of robotics and the way it affects our everyday lives, last week was a major opportunity to attract younger generations to study technology and robotics related fields.”, stated Henrik Schunk, Chairman of EUnited Robotics European Robotics Association and Managing Partner of Schunk GmbH & Co. KG, Germany.

Do you have further questions?

Statements of some participating organisations

“The whole European robotics community - leading companies, robotics institutes and universities – worked successfully together to set up the European Robotics Week for a second time. Besides educating the public about the growing importance of robotics and the way it affects our everyday lives, last week was a major opportunity to attract younger generations to study technology and robotics related fields.”

Stefano Stramigioli, professor at University of Twente, Netherlands and initiator of the European Robotics Remote Labs.

"Both events, our evening of robotics demonstrations and an Open Lab Day, met with overwhelming interest, forcing us to limit attendance for one event. All in all more than 160 people seized the opportunity to gain an insight into our laboratories, interact and play with robots, and discuss with robotics researchers. Most surprising for me was the children's great interest in robotics - and their level of knowledge and insight: Their questions ranged from the reasoning behind selecting brushless motors, to how a balancing robot would perform on a rotating plate, and to hypotheses about alternative placement of robot actuators. I think that says something interesting about the role robots could - and should - play for STEM communication and education."

"The events organized in our laboratories over the past few days, enticed over a hundred young teenagers to steer their studies towards the fascinating realm of robotics and the related technologies. The high level of concentration that could be witnessed on the participants' faces while they were completely immersed in the activities - particularly during the interactive workshops - goes to show that this year's European Robotics Week in Malta was another success!"

“I am more than happy that Hungary participated in the European Robotics Week.  We broadcasted our event live and had over one hundred people visiting our lab. Many young boys and girls led wonderful discussions about our robot demonstrations.”

Statements from participants at various events

“It was really interesting to see the different possibilities of robotics and how robots can be used in daily life“, Julian Wagner, 5th Grade, HTL Steyr, Steyr, Austria.

"We belived that programming a robot was something particularly difficult, but it is not so. It is also fun, especially when you work in simulation because it is like playing a videogame.", Melchionna Alessandro and Gozzi Alessio, students of the institute "Fermo Corni" in Modena, Italy.

"Wow, I really thought a real band was playing, couldn’t imagine that these were robots!" participant at the University of Eindhoven.

“In Denmark we’re trying to see how we can have robots as a normal part of our everyday life, both in production and in social life activities.” Lars Kjellberg, Deputy of the Danish Ambassador for the Embassy of Denmark in the Czech Republic. 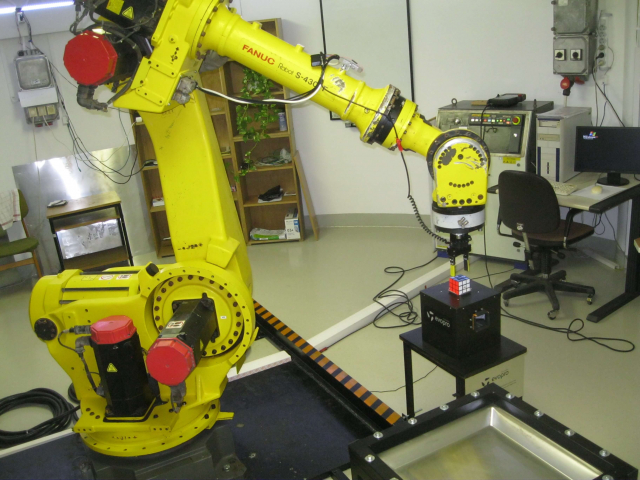 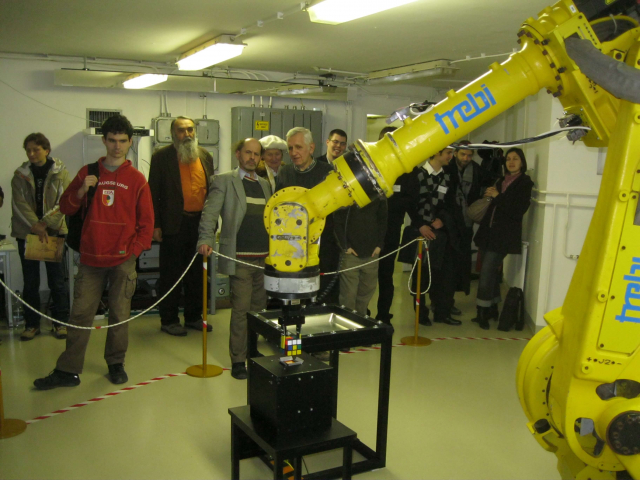 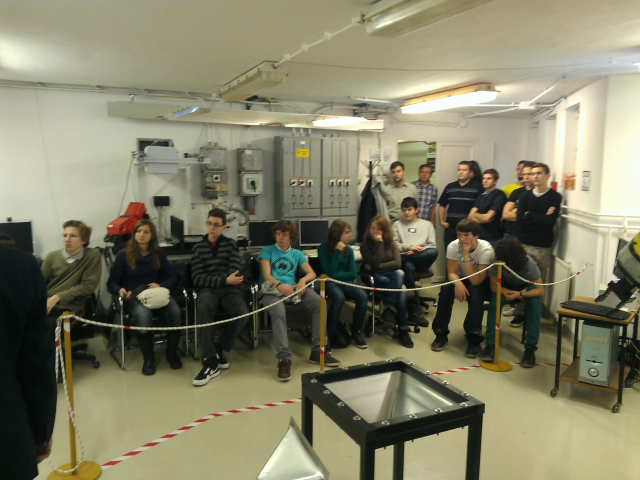 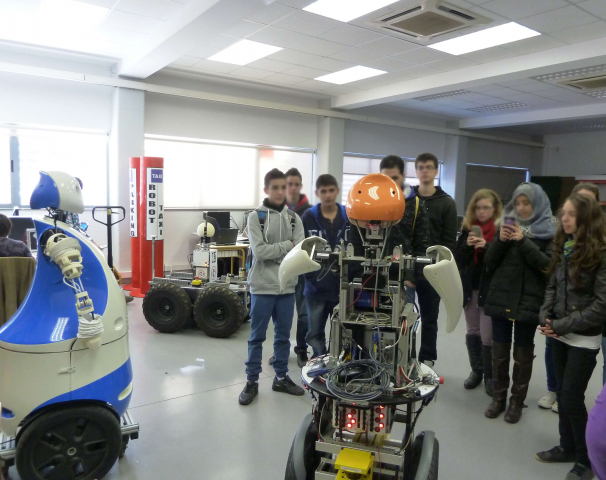 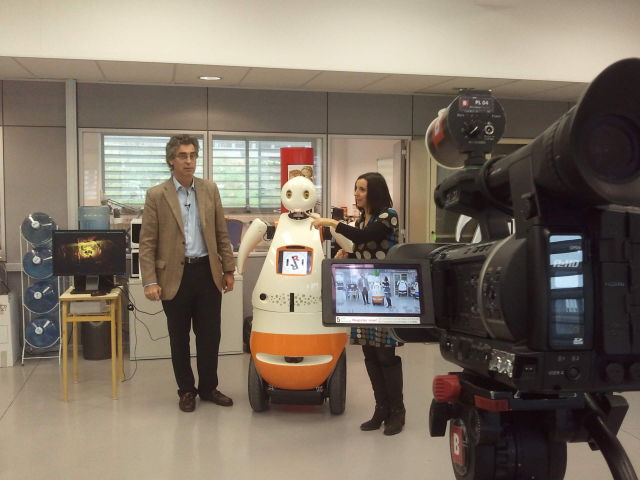 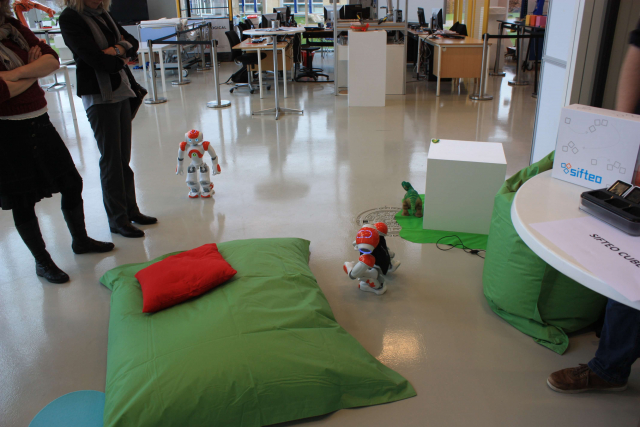 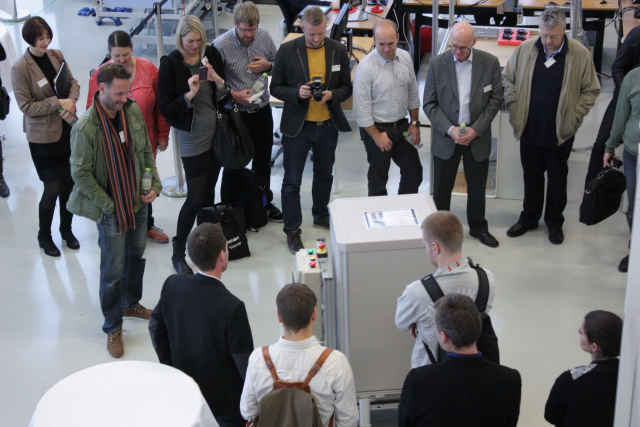 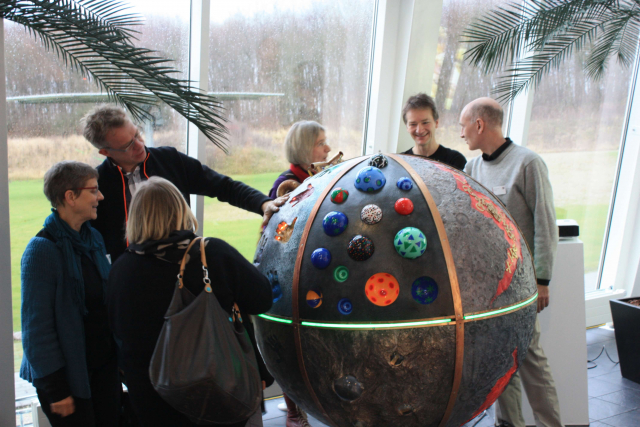 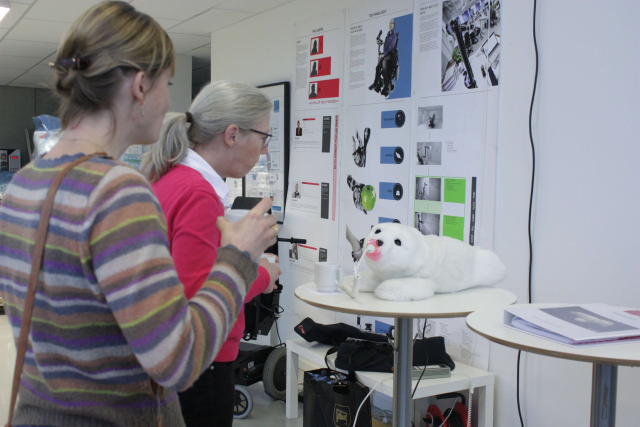 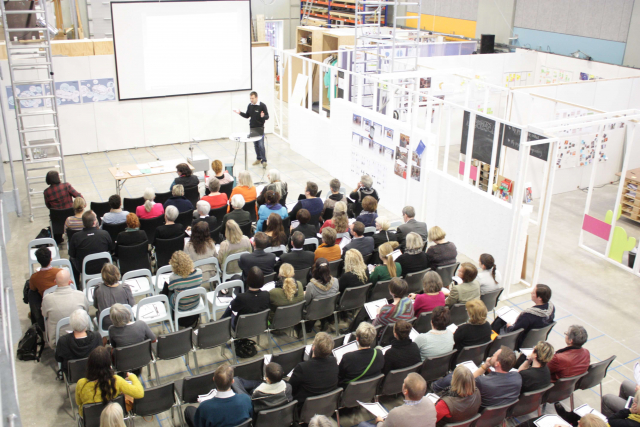 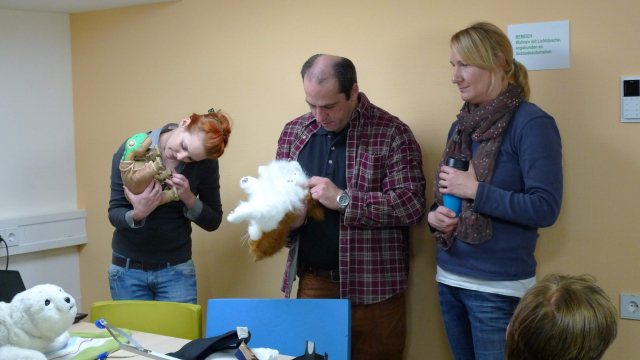 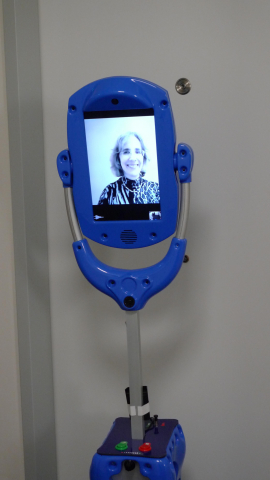 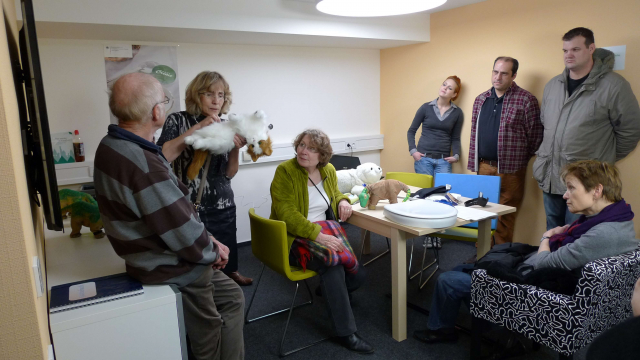 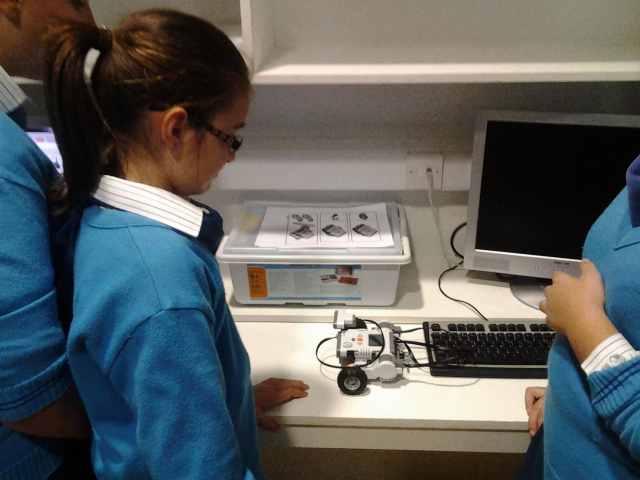 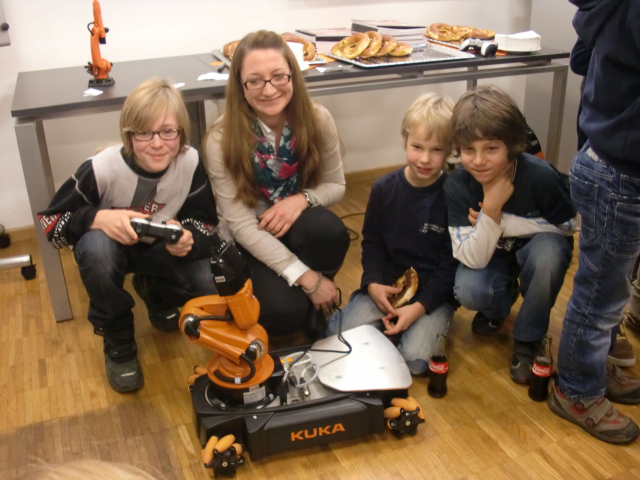 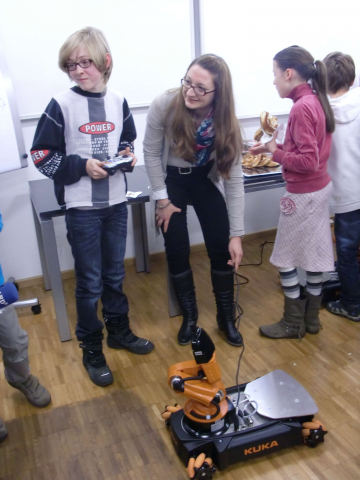 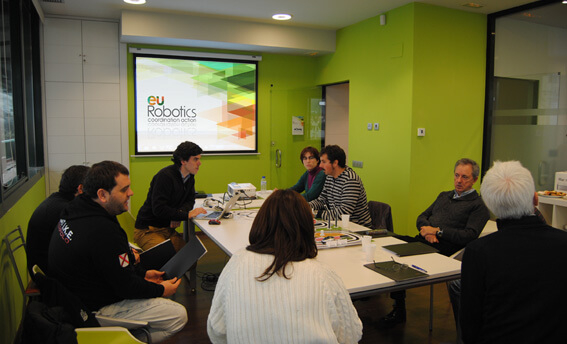 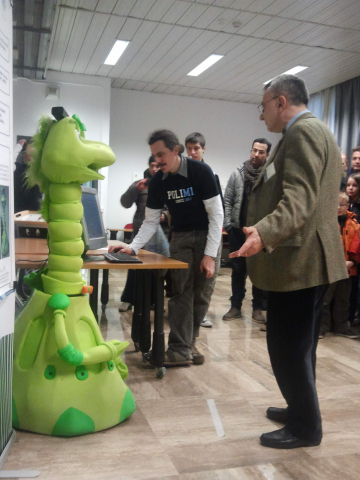 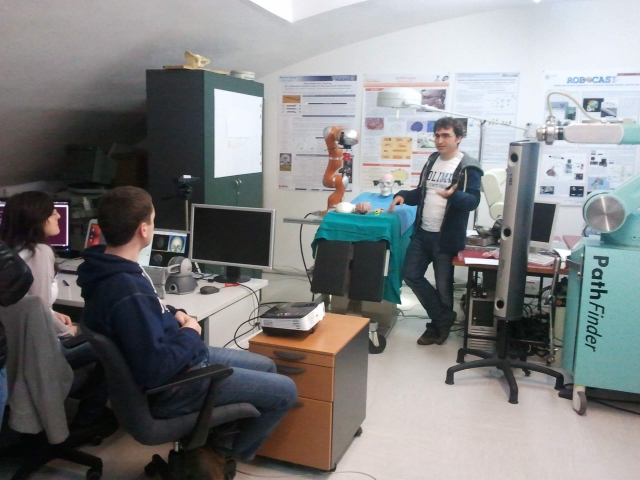 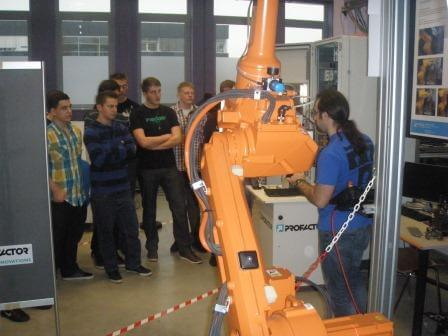 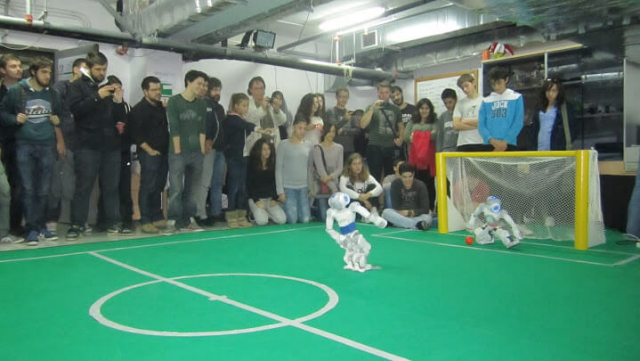 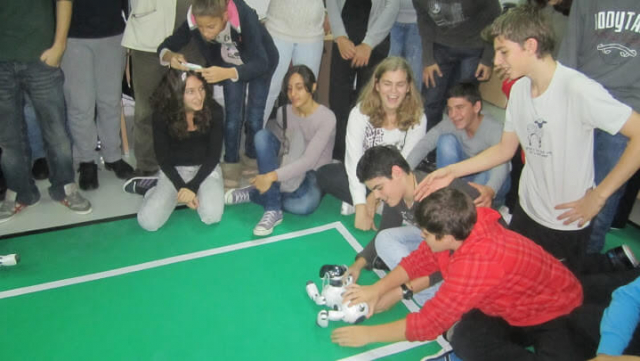 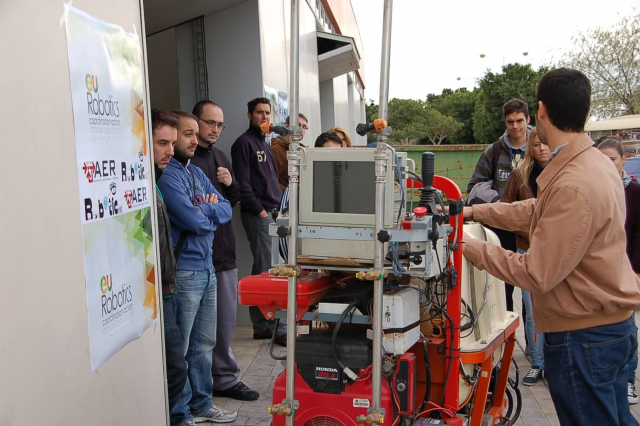 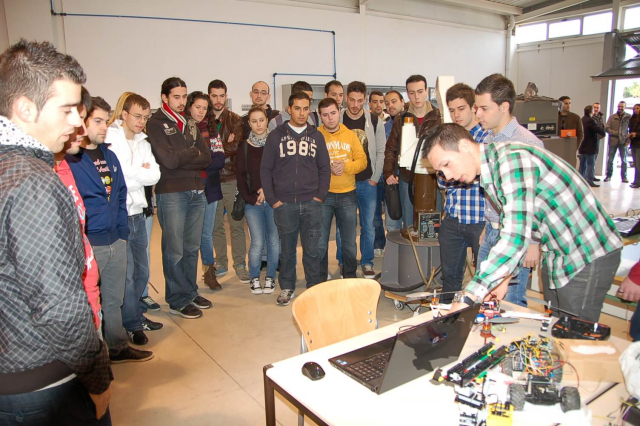 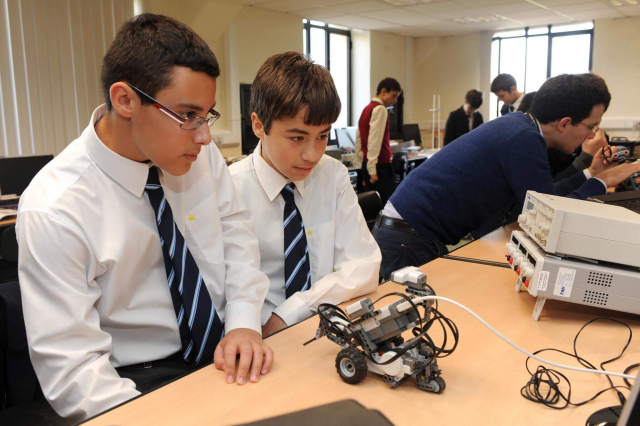 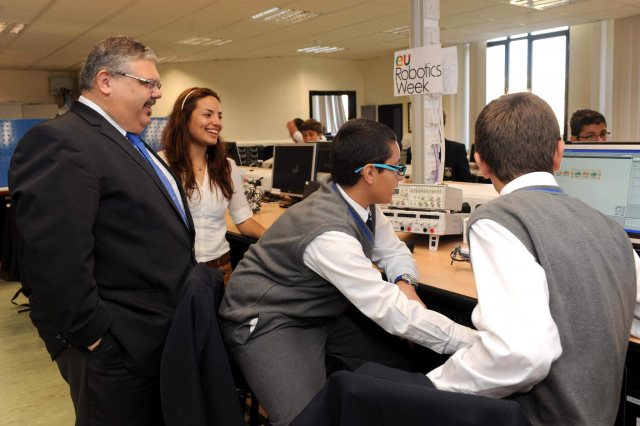