The General Assembly is the ultimate decisional body of the association where each full member has a vote. The General Assembly approves the general policy of the Association on the basis of proposals of the Board of Directors and gives recommendations to the Board of Directors for its application. It is typically held once a year in March together with the European Robotics Forum.

The Board of Directors

The Association is managed by the Board of Directors. Representatives of Members (i.e. organisations) with voting rights standing in for election by the General Assembly. Industry members vote for industry Board members, research members vote for research Board members. The current Board consists of 24 members, 12 from industry, 12 from research. To have a good representation of different stakeholder groups, also sub-categories are respected, e.g. for industry, large robot manufacturers, component providers, small and medium enterprises, or end users; for research, research organisations and higher education organisations, e.g. universities are represented. The term of individual Board members is 3 years with a rotating election mode.

The President, not elected from the Board members, is expected to be a highly respected member of the European robotics community with an affiliation to an Industry Member. The President oversees representing the Association in front of the political institutions and other stakeholders at high level and on important occasions and matters.

The Vice-Presidents are elected from Industry and Research side to represent the respective group. They also represent the association in front of stakeholders,

The Executive Team is a subgroup of the Board of Directors consisting of the two Vice-Presidents, the Treasurer, and three additional Board members. It acts in concert with the President, Secretary-General and euRobotics Office, to assist the Board of Directors with the preparation of documents and decisions, and to provide a flexible, senior resource for the management and execution of Board matters.

The Secretary-General and the Office 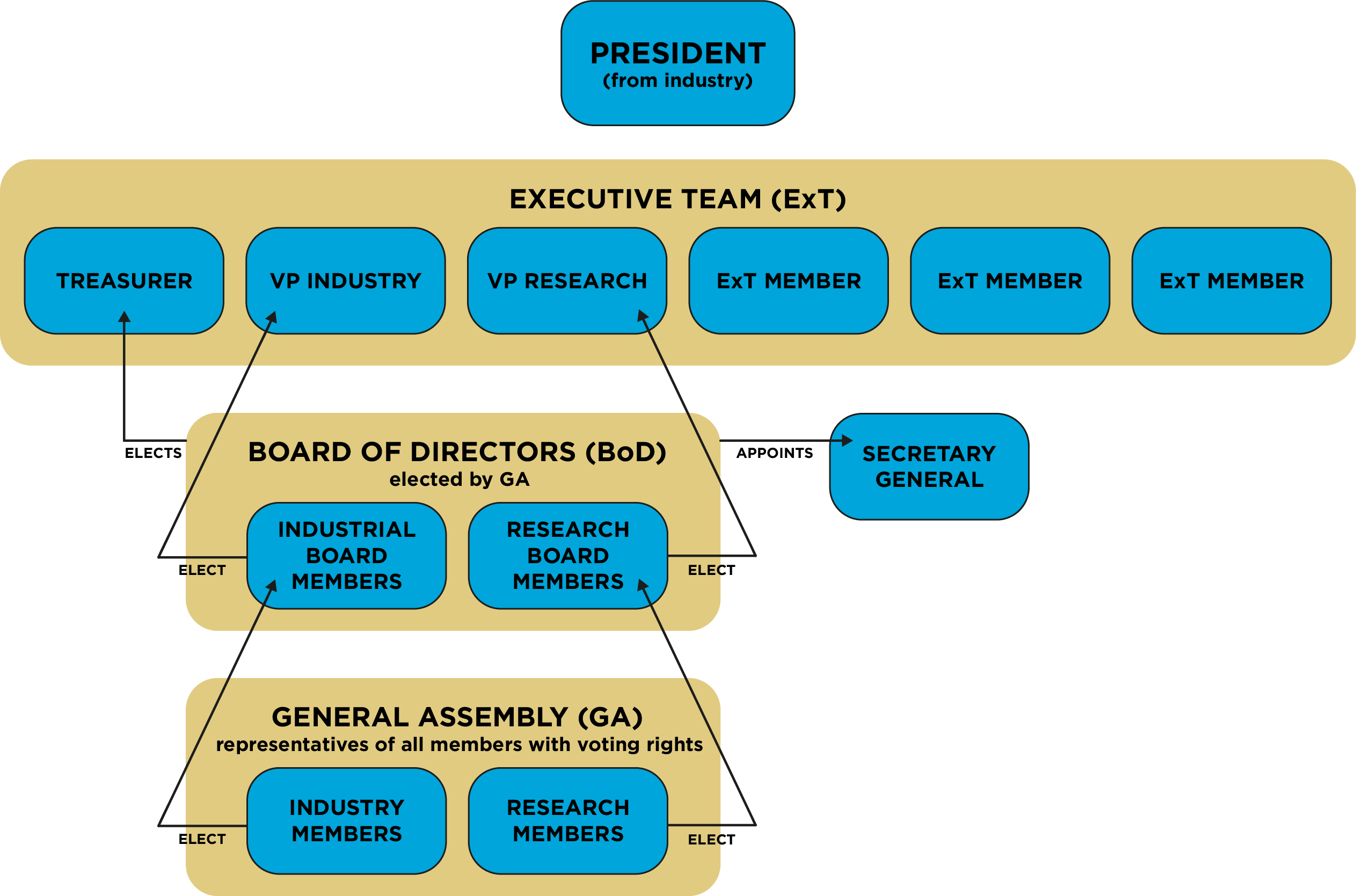 Dr. Bernd Liepert has been president of euRobotics aisbl – the European Robotics Association since 2012. In this capacity he has been leading the European robotics community and representing it at high political levels.

Prof.dr.ir. Stefano Stramigioli is the Chair of RoboNED, The LEO Center for Service Robotics and the Robotics and Mechatronics (RAM)  group at the University of Twente. He is an IEEE (Institute of Electrical and Electronics Engineers) Fellow. Stefano has been re-elected as Vice-President Research in 2018. As VP Research he is also member of the Executive Team.

Dr. Rainer Bischoff has been working at X, the moonshot factory since 2020, as Robotics Business and Technology Development Lead. Previously, he worked from 2002 to 2020 for KUKA, ultimately directing KUKA’s Corporate Research department as Vice President R&D. He is an euRobotics Director and Vice President Industry since September 2012. He has been repeatedly re-elected, the current term of office ending March 2022. As VP Industry he is also member of the Executive Team.

Dr. Reinhard Lafrenz became Secretary General of euRobotics in February 2016, after serving as senior researcher in the robotics and embedded systems at the Technical University of Munich and peviously at the University of Stuttgart. He also managed the EU-funded robotics projects, ECHORD and ECHORD++.