euRobotics | 18.10.2021
Belgium, a country with a rich ecosystem for robotics innovation
Tweet 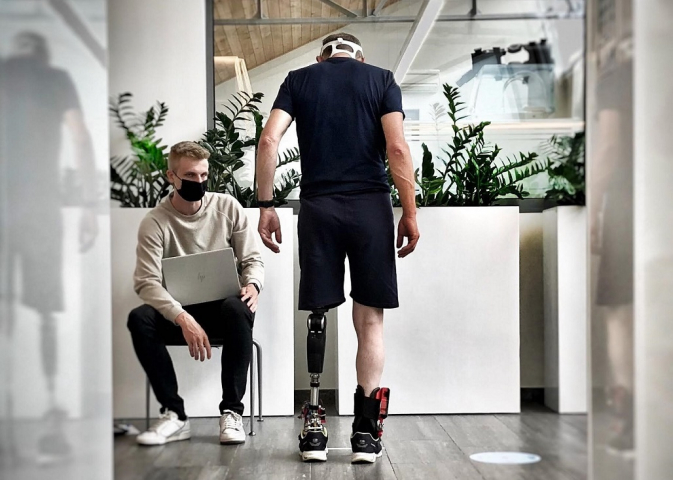 Belgium is in the top 10 of highest robot densities in the manufacturing industry with 214 robots per10,000 employees, while the EU average is 99. This is mainly because at the end of the 20th century Belgium became one of the largest European car makers with an annual output up to 1.2 million units from car assembly plants of foreign brands, and this for a population of only 10 million. So, it is no surprise that large robot companies such as Kuka, ABB, Festo, and Pilz chose Belgium for opening their divisions. In the last decades, the strong automotive industry competition caused the closure of several factories and dropped the output to 267,000 units in 2020. This fading of the car industry, including the need for traditional industrial robots, has opened an opportunity to focus on new application areas and further diversification, which has led to a vibrant start-up landscape.

Pioneering research made in Belgium 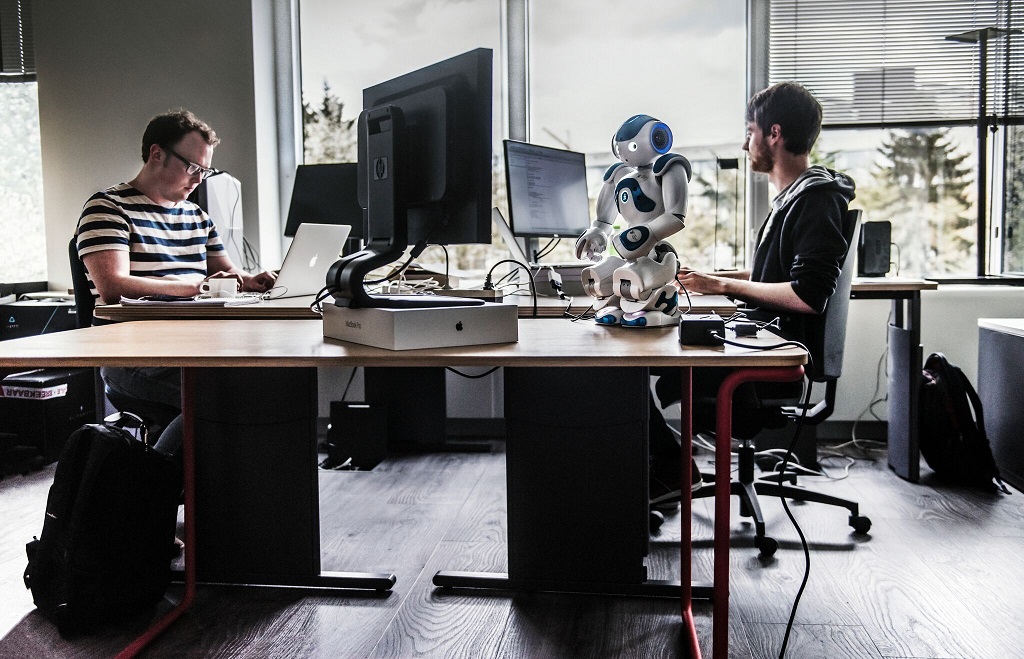 In 1990, the Robotics group of the Vrije Universiteit Brussel (VUB) developed soft actuators to make robots energy efficient and safe, so they could be used in applications for human-robot interaction in health and manufacturing. The Université Catholique de Louvain (UCLouvain), VUB, and KU Leuven are doing R&D in a new generation of wearable robots. Axiles Bionics - a spinoff company of VUB- is developing bionic prosthetic feet. Companies such as Exovibe,  specialised in soft suits for industry and other like Space Application Services in exoskeleton solutions for the space industry. The robotics health sector has become prominent in Belgium, with different rehabilitation centers such as  the “To Walk Again” Foundation and the TrainM that uses robotics in their rehabilitation centers. Apart from physical robotic rehabilitation,  there are also several activities on robo-surgery. For example, the Orsi Academy is a world-leader robotic training center in new technologies in medical practice, and the Robot Assisted Surgery group of KU Leuven is dedicated to the design and development of robotics-empowered instruments to assist surgeons in the operating room.

The AI-lab at the Vrije Universiteit Brussel (the first artificial intelligence laboratory on mainland Europe) with pioneer Luc Steels developed a range of robots and had the renown roboticist Rodney Brooks on sabbatical. One of his PhD students, Tony Belpaeme, is currently in Gent University (UGent) further developing socially assistive robots for different applications such as autism, diabetes, and language learning.  Several robotics researchers of Belgian universities are affiliated with imec, an internationally leading research institute on microelectronics and digital technologies. The research ranges from new sensors and electronics, which are implemented in mobile robots as studied in UAntwerp and UGent. 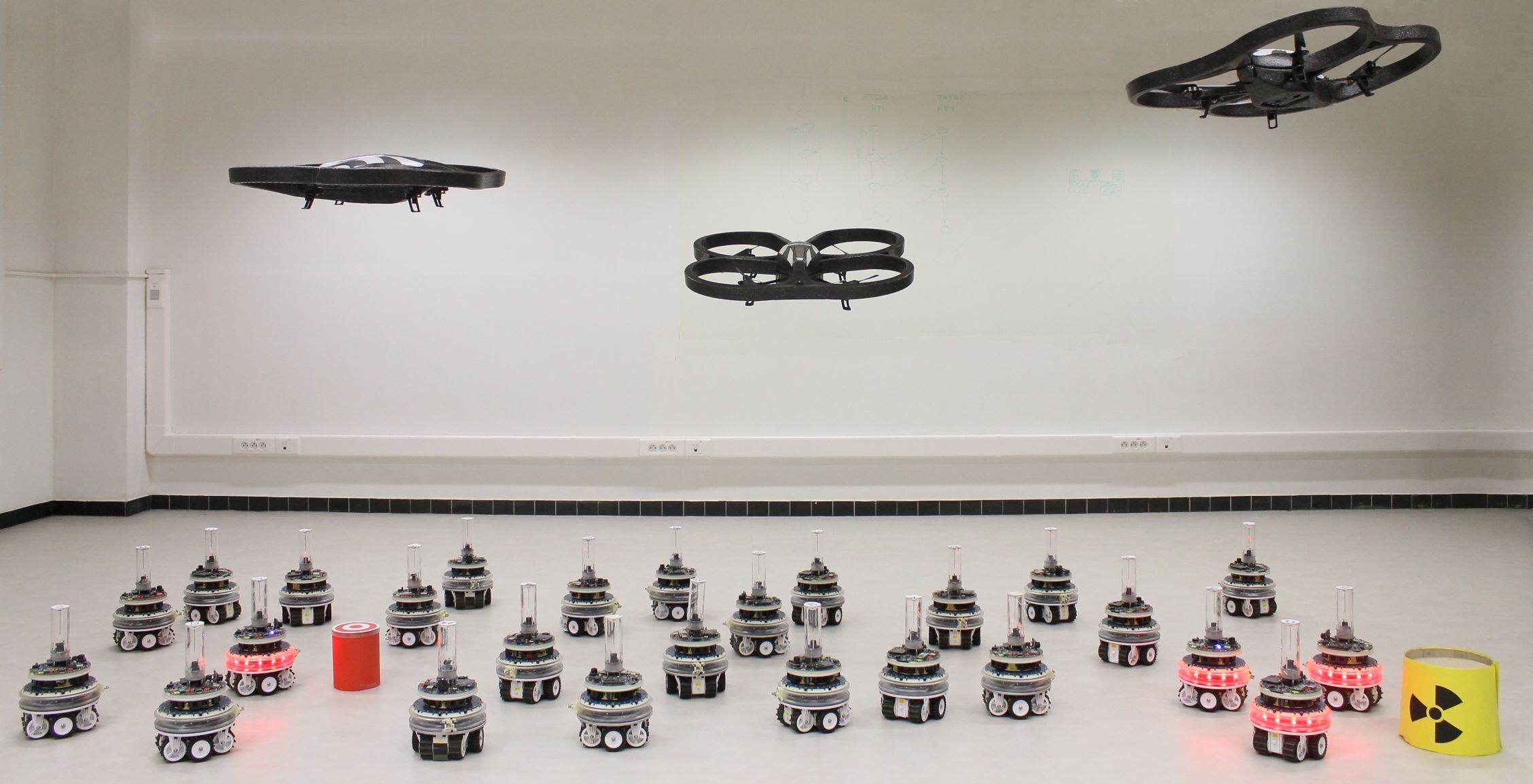 The multidisciplinary aspect is important, therefore the collaboration with imec-SMIT group for sociological aspects and researchers from other social, human and medical sciences. Other activities at Ghent University focus on reinforcement learning, innovative smart grippers (e.g. for delicate fruit picking) and compliant mechatronics (e.g. for cobots). The Belgian universities, research institutes and companies are very active in several EU projects on the different applications as Factory in a Day, SHERO, Rossini, SOPHIA and L2Tor.

The Université Libre de Bruxelles with Marco Dorigo pioneered in the development of swarm robotics, not only in animal behaviour, but also in other domains of swarm intelligence like multi-robot systems or computer programs. In the area of field robotics, the Royal Military Academy specialises in autonomous robots for search and rescue, and demining. Belgium is the first country with a resolution that forbids the Belgian military from using lethal autonomous weapons and it is working towards an international treaty banning those weapons. The FARI Institute is a new Brussels institute with a focus on ethical and legal use of robotics technology for the common good.

Founded in 2011, the Belgian company Zora Robotics (ZoraBots) became a major player in developing solutions for social robots, and their human-robot interaction software is added to a range of social robot platforms. Originally for the Softbank Robotics’ Nao and Pepper, the software was expanded for robots from UBTech and Boston Dynamics. 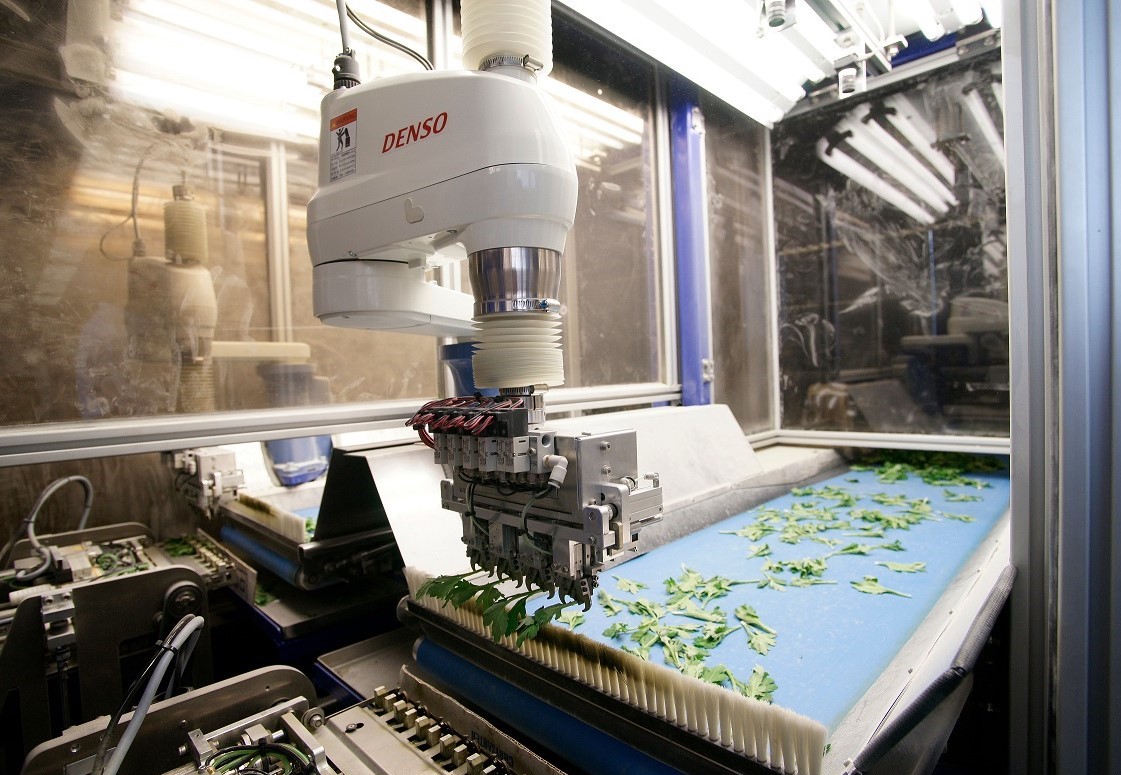 Other examples of successful start-up companies are Toadi with their self-driving lawn robot, Octinion, - known for the development of soft fruit harvesting robots, Exobotic Technologies that develops bespoke mobile robots and drones, and Alberts that created the world's first smoothie robot vending machine.

In order to support the Flemish manufacturing industry, Flanders Make was founded in 2014, bringing together manufacturing industry and universities, with an important focus on Flexible Assembly including the use of robotic tools. This strategic research center has several robotics labs such as the Maker Trailer in which different robotics technologies are showcased during visits to companies, or the AugmentX in Brussels and Kortrijk to test human augmentation devices like exoskeletons and cobots. Several collaborative projects exist with companies such as Tractonomy (autonomous towing robots for carts), Robovision (e.g. developing vision algorithms for adaptive robot control), Picktit3D (3D vision systems for robot guidance), and Flexible Robot Solutions (automate ultrasonic and other inspection and assembly tasks).

In 2013, the local government of the City of Sint-Truiden made the first plans of what is now the Droneport industrial park. This initiative was created to boost the manned and unmanned aviation (UAV) scene in Flanders: it hosts a drone testing ground and acts as a cluster and incubator for the Flemish drone ecosystem with players as DroneMatrix and Helicus, or Dotocean that develops drone boats.

The robotics industrial and research ecosystems in Belgium is a resilient one. It has been able to adapt to changes investing in innovation and diversity to build what is now a thriving ecosystem that contributes to enrich the national industrial and economic fabric.