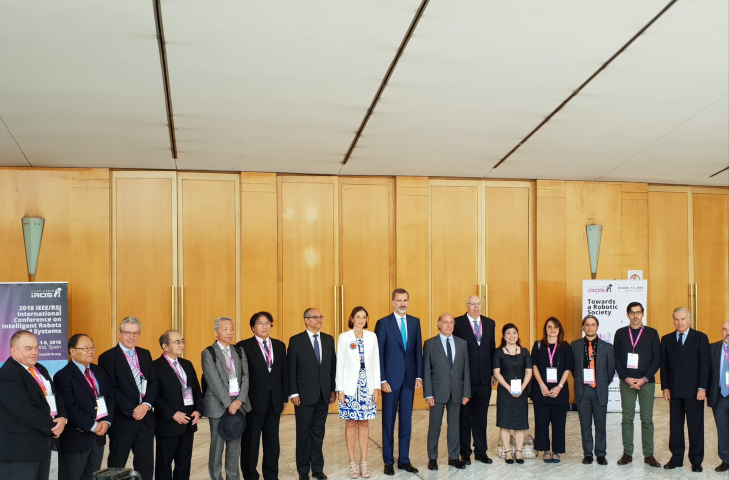 Bernd Liepert, President of euRobotics, spoke during the opening of the event, on 2 October emphasizing that: "Even more than last year, robotics has been an omnipresent topic in the media and continues to become part of our daily life. Both our working and our private sides of life are affected by robotics and related technologies, especially artificial intelligence, cloud technology, 5G, and big data. However, mechatronics, new materials, and battery technology also have an impact on our lives in the physical world. The societal challenges are enormous, we need to re-think the structures and processes in many application areas, such as the healthcare sector or elderly and home care. We also need to raise awareness about the offerings of modern technology to the wider public, where the acceptance rate seems to be quite different in various parts of the world. Furthermore, the current global challenge is to create sustainable business infrastructures to make best use of the potential of clever brains. Innovation and transforming research results to actual products and services are key to our future."

His Majesty King Felipe VI of Spain inaugurated the event.

Reinhard Lafrenz, Secretary General of euRobotics, contributed with a presentation about Digital Innovation Hubs to a forum-style workshop organised by the European Commission on 4 October. The forum showcased the European Artificial Intelligence (AI) strategy and up-coming funding opportunities linked to robotics and AI.

Reinhard Lafrenz from @eu_Robotics presenting the coming #robotics DIHs at #IROS2018 two coordinated from #finland by @TampereUniTech and @VTTFinland pic.twitter.com/0GzeG17sZp

Download the presentations from the EC Forum during IROS2018

Inspiring days at #IROS2018 in Madrid: Reinhard Lafrenz, euRobotics Secretary General, together with VP Industry Rainer Bischoff and VP Research Stefano Stramigioli at the euRobotics booth. Thank you to Carlos Balaguer, President and organiser of the event pic.twitter.com/UPCKAVxdth

Several members of euRobotics have also exhibited at IROS2018:

SciRoc/ European Robotics League, the EU-funded project where euRobotics is a partner held some competitions.

IROS 2018 welcomed more than 3.000 attendees during one week among conference contributors, exhibitors and visitors, competitions teams and VIP personalities. The robotic exhibition had about 150 stands of leading commercial firms in robotics, European research projects and the most advanced robotic research centres.