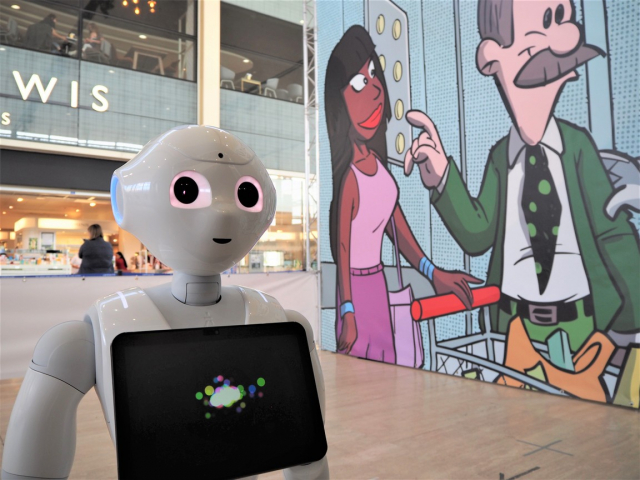 Ten teams met in a smart shopping mall to compete against each other in five futuristic scenarios in which robots assist humans serving coffee orders, picking products in a grocery shop or bringing medical aid.

The awards, given to the best performing team for each episode, were introduced by Matthew Studley from the Bristol Robotics Laboratory and SciRoc Horizon 2020 project coordinator. Then Enrico Motta from the Open University and Director of the SciRoc Challenge 2019 thanked the teams and SciRoc challenge sponsors Milton Keynes Council, Centre:mk, PAL Robotics, Ocado Technology, COSTA Coffee, Cranfield University and Catapult. 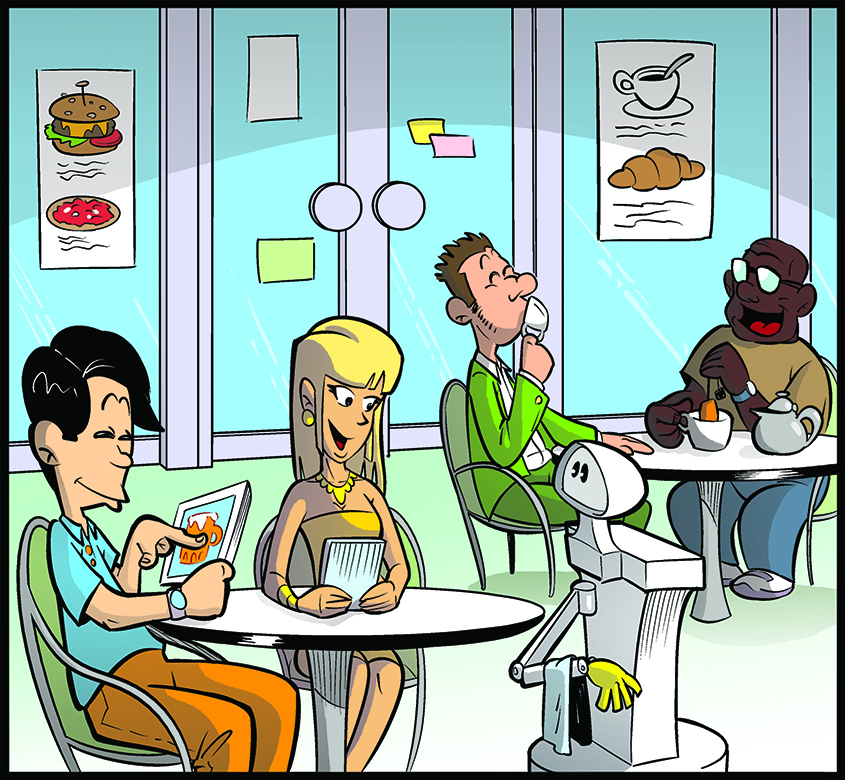 In this episode sponsored by COSTA coffee the robot assists people in a coffee shop by taking orders and bringing objects to and from customers’ tables.

The main functionality evaluated in this episode is person and object perception. Additional functionalities are navigation, speech synthesis and recognition. 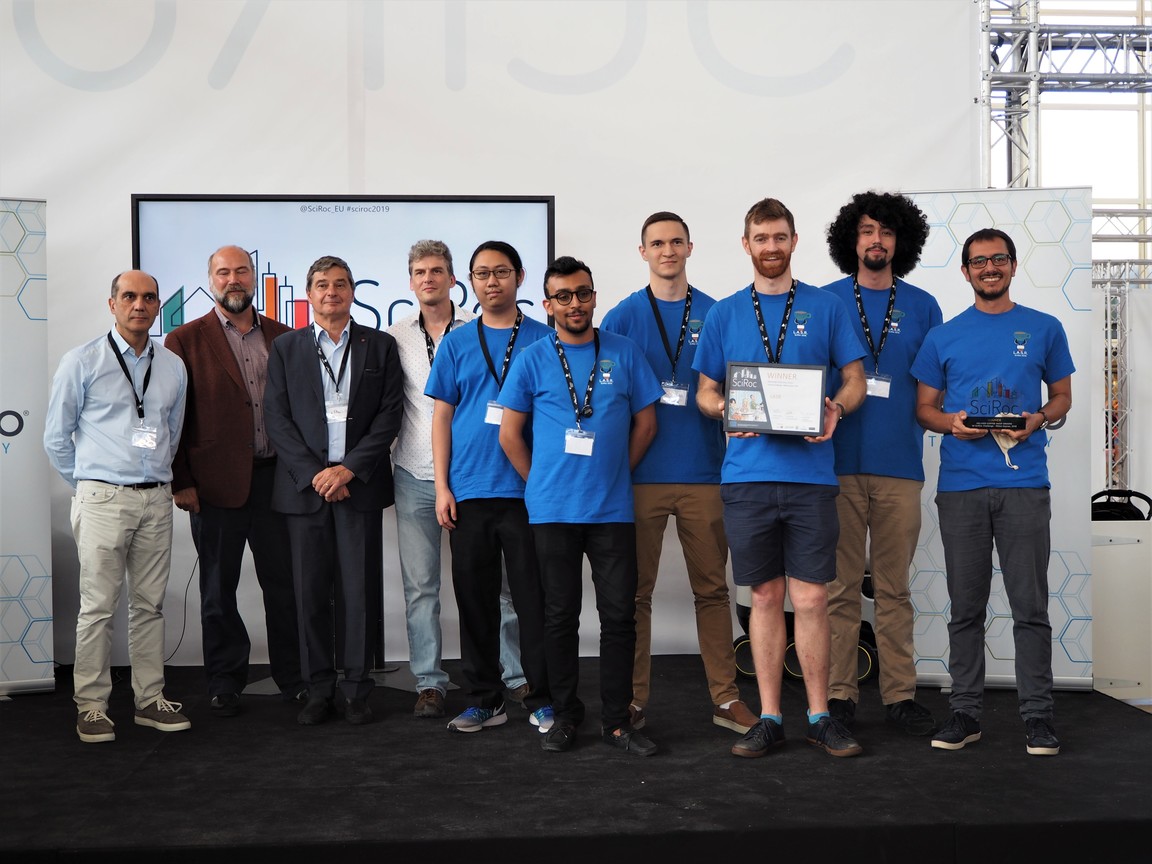 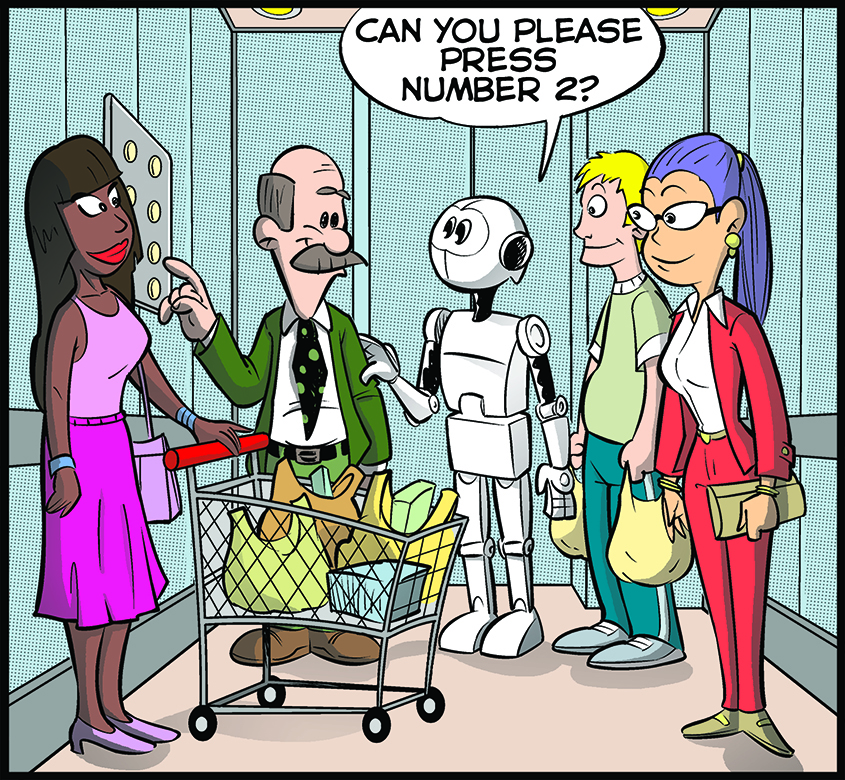 The robot must take the elevator crowded with customers to reach a service located in another floor.

The robot should interact with the MK:DataHub to discover which floor it must reach to accomplish its task. The robot must be able to take the elevator together with regular customers (volunteers from the public) of the shopping mall. 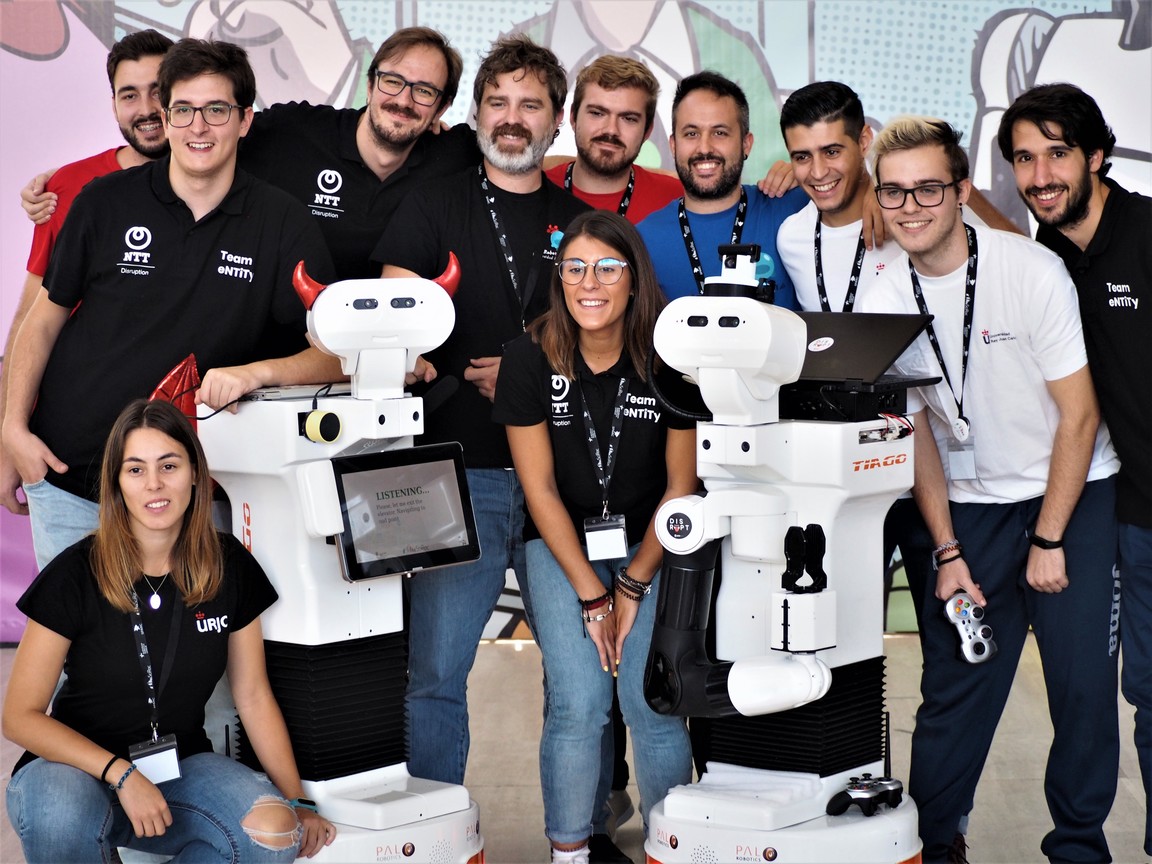 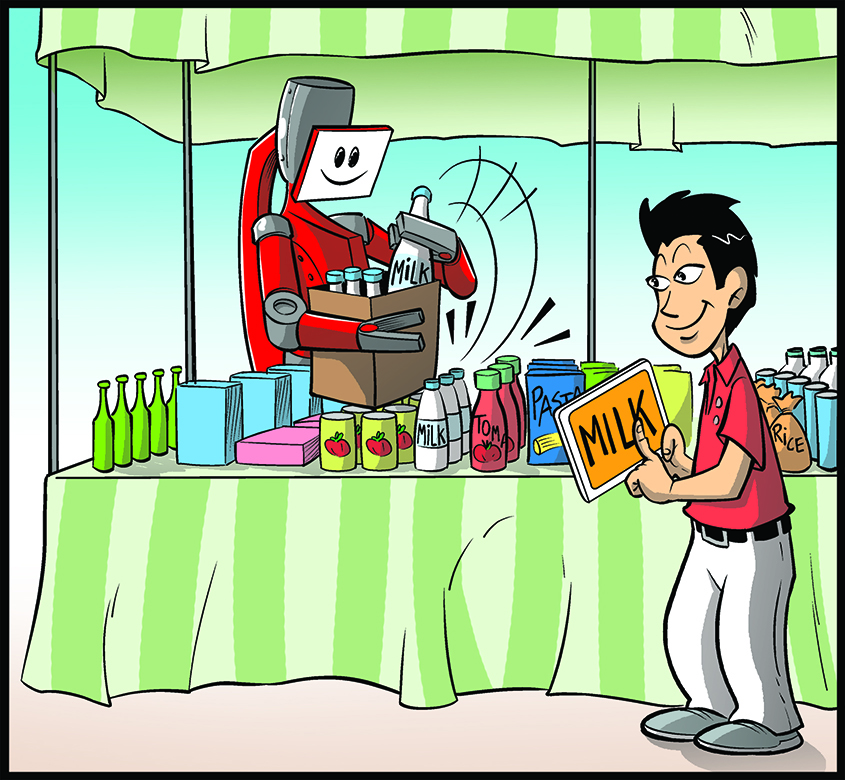 The robot is in a grocery shop of the mall. On the shelves of the shop there are goodies displayed for sale to the customers.

In this episode sponsored and designed in collaboration with Ocado Technology, the customer places an order through a tablet. The robot must collect the requested packages and place them in a box ready for the customer to collect. 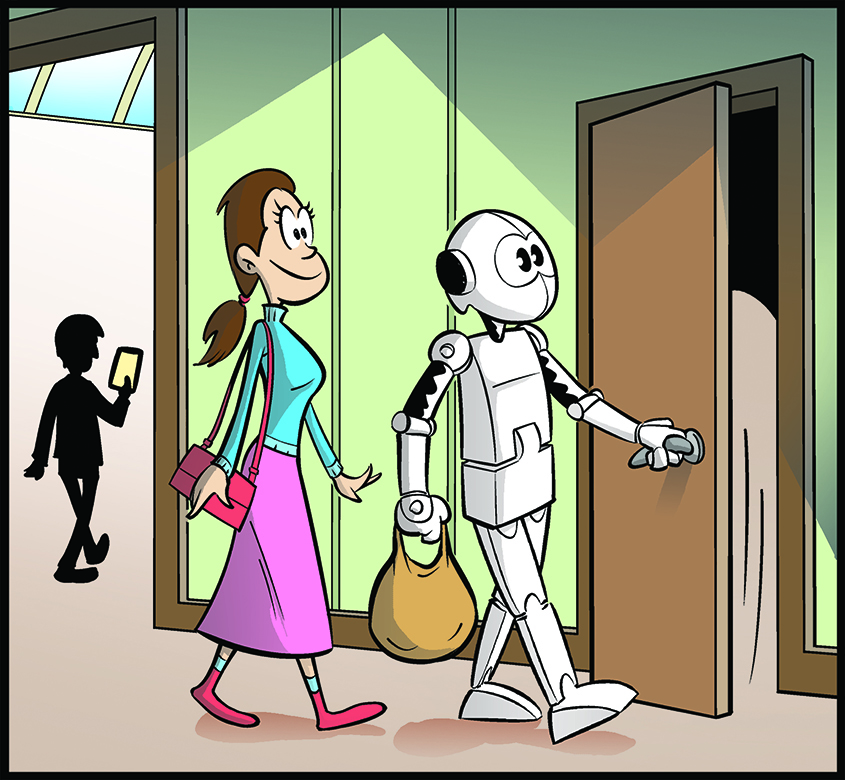 Doors are ubiquitous in human environments. There are many types of doors, some of which are easier to operate than others for a robot. The robot must identify a door, approach it, open it and enter in the new room.

This episode, funded by EUROBENCH Horizon 2020 project, has been designed in collaboration with PAL Robotics and aims primarily at benchmarking humanoid robots, although it can also benchmark other type of robots. 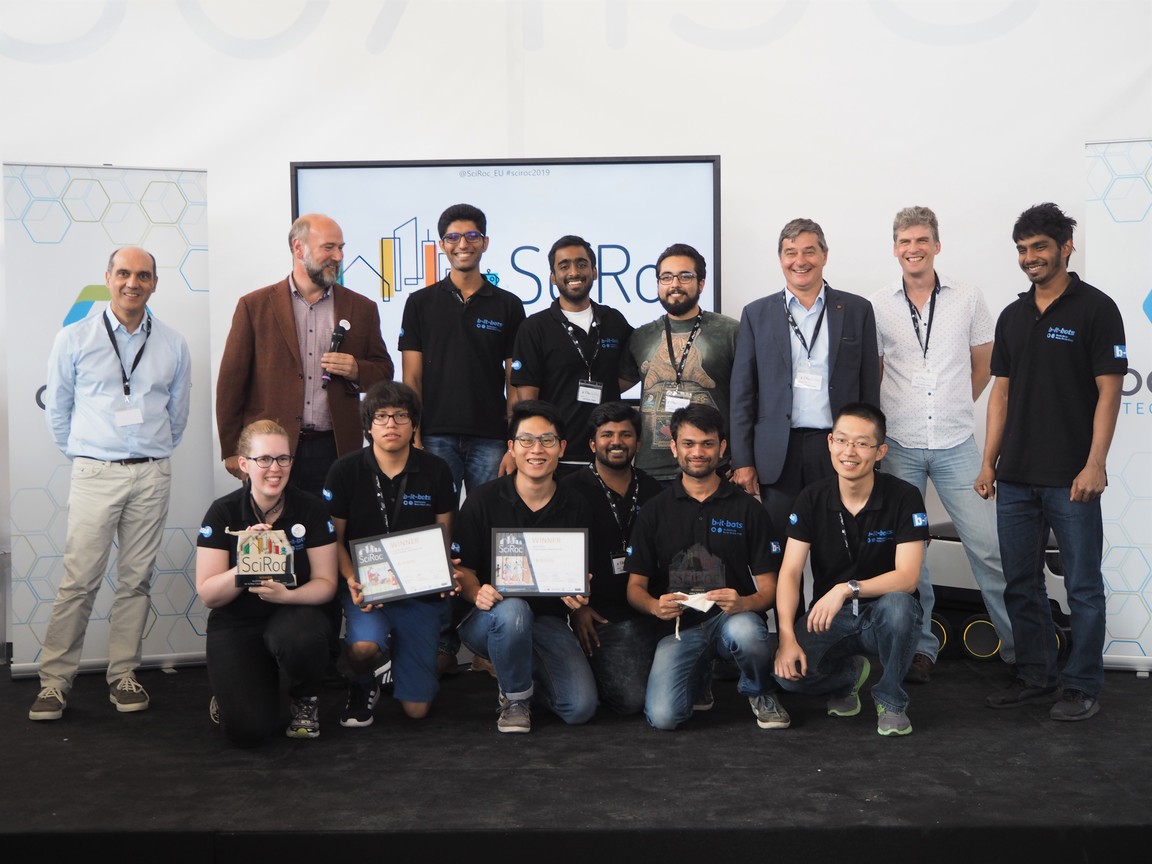 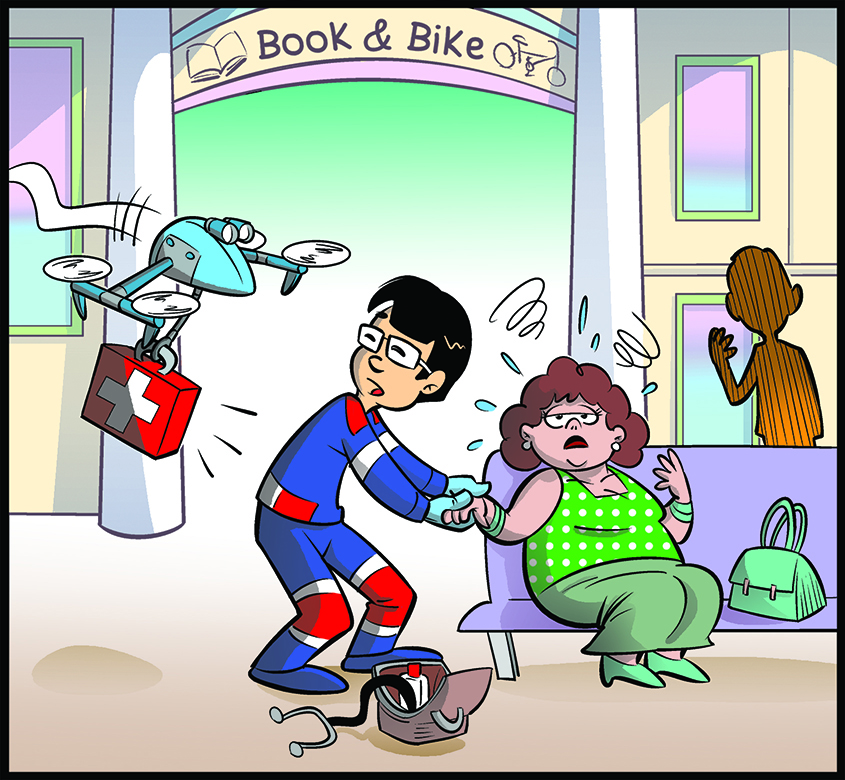 The aerial robot must attend an emergency in which a first-aid kit needs to be delivered to a customer.

The robot must fly autonomously to the customer location as fast as possible. The robot needs to detect and avoid possible obstacles on the way, considering that GPS coverage is not always guaranteed. 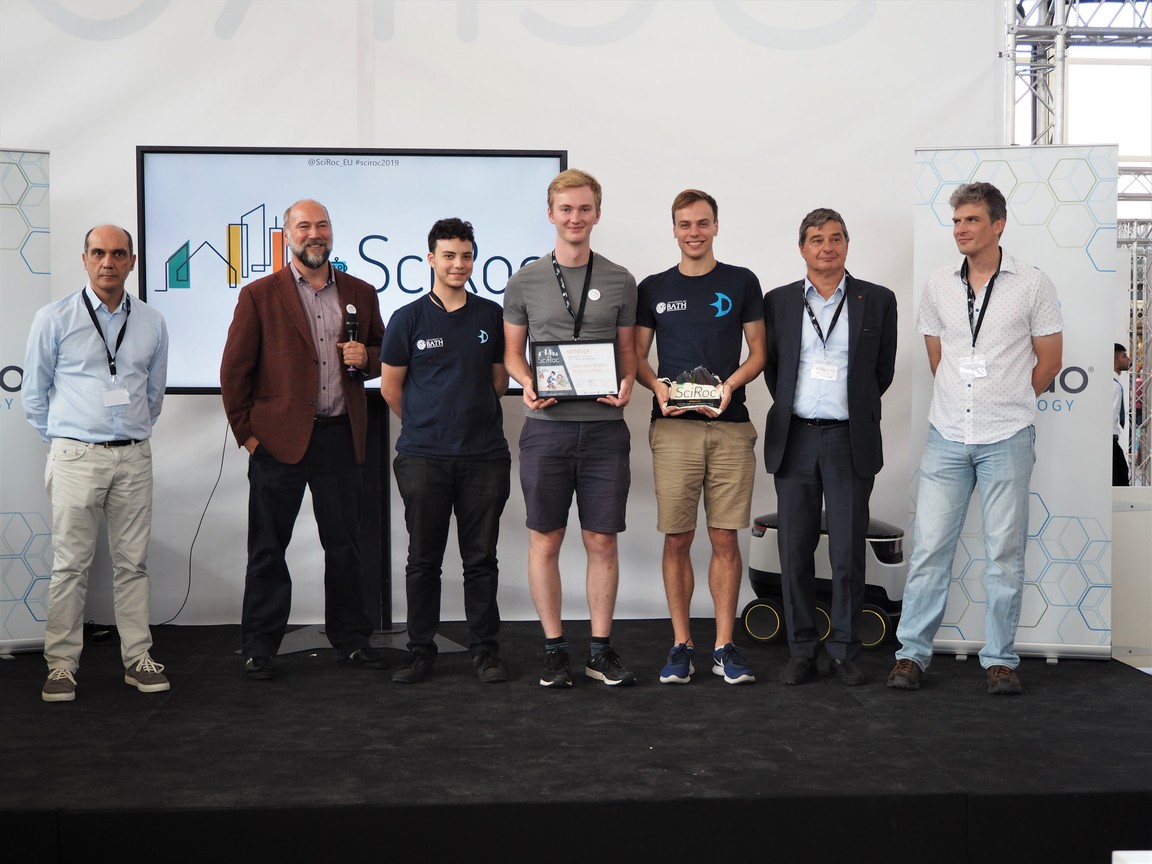 Volunteers from the public participating in the episodes chose the most social robot by filling the Human-Robot Interaction questionnaires. 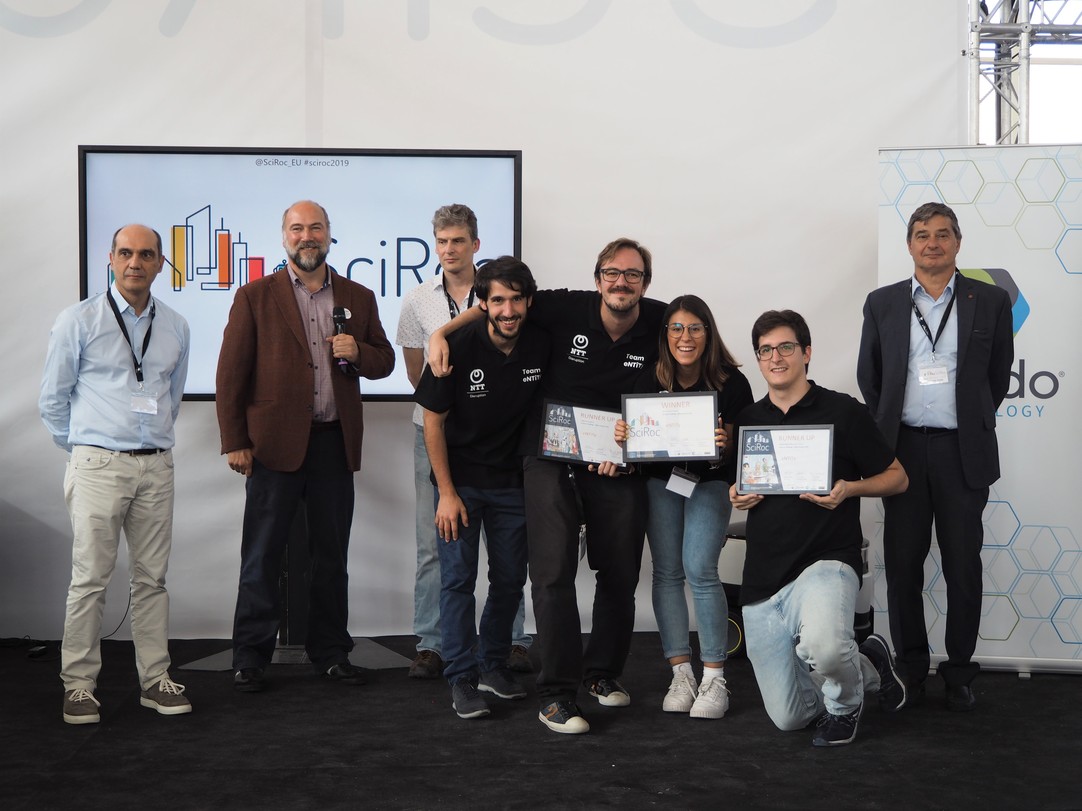