ROBOTICS IN EUROPE - Why is Robotics important? 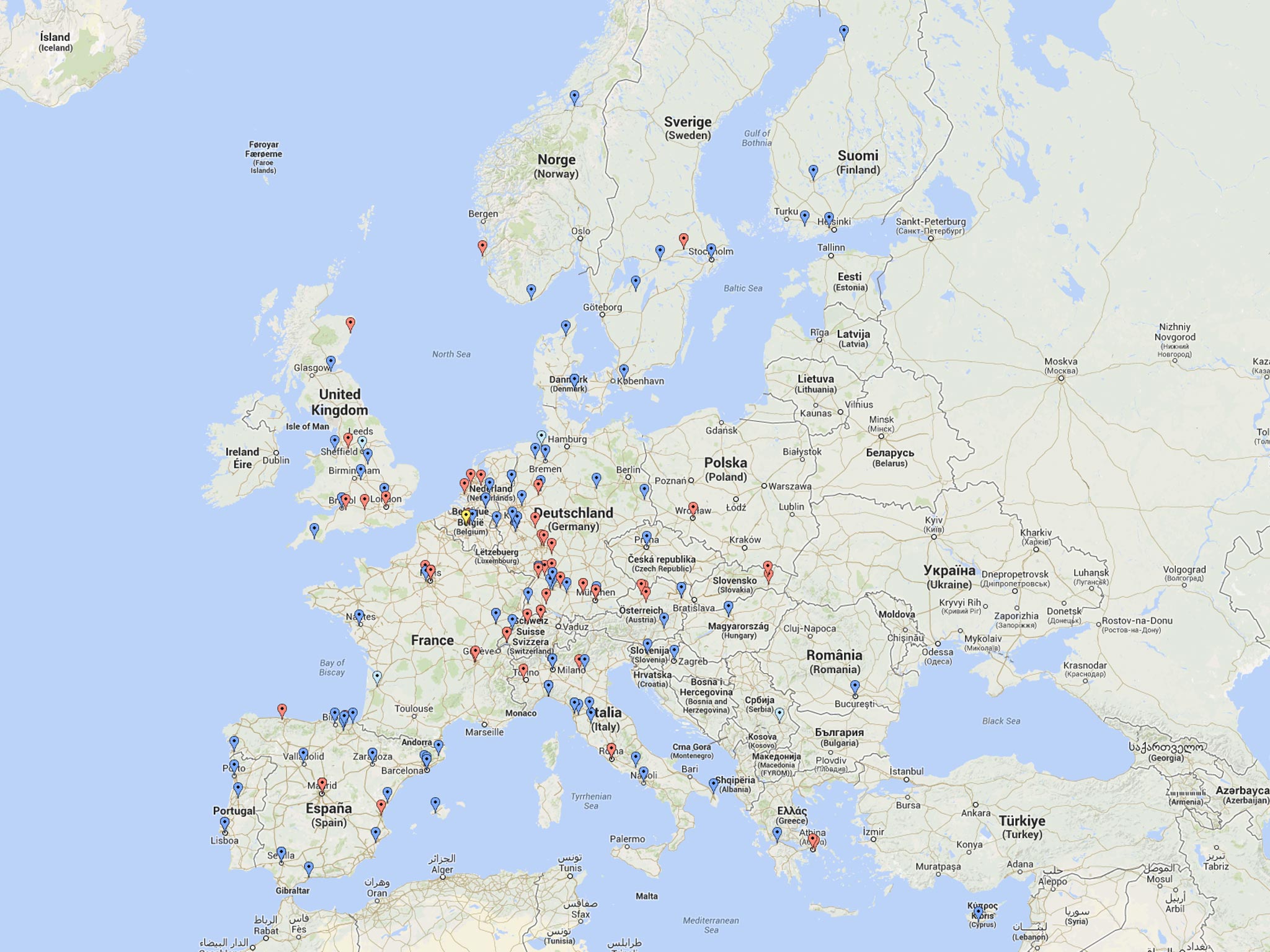 Robotics technology influences every aspect of work and home. Robotics has the potential to positively transform lives and work practices, raise efficiency and safety levels and provide enhanced levels of service. Even more, robotics is set to become the driving technology underpinning a whole new generation of autonomous devices and cognitive artefacts that, through their learning capabilities, interact seamlessly with the world around them, and hence, provide the missing link between the digital and physical world.

By the same token, service robotics will show far more disruptive effects on the competitiveness of non-manufacturing industries such as agriculture, transport, healthcare, security and utilities. The growth in these areas over the coming decade will be much more dramatic. From what is currently a relatively low base, service robots used in non-manufacturing areas are expected to become the largest area of global robot sales.

Europe starts from a strong position in robotics, having a 32% of current world markets. Industrial robotics has around one third of the world market, while in the smaller professional service robot market European manufacturers produce 63% of the non-military robots. The European position in the domestic and service robot market represents a market share of 14% and, due to its current size, this is also a much smaller area of economic activity in Europe than the other two areas. 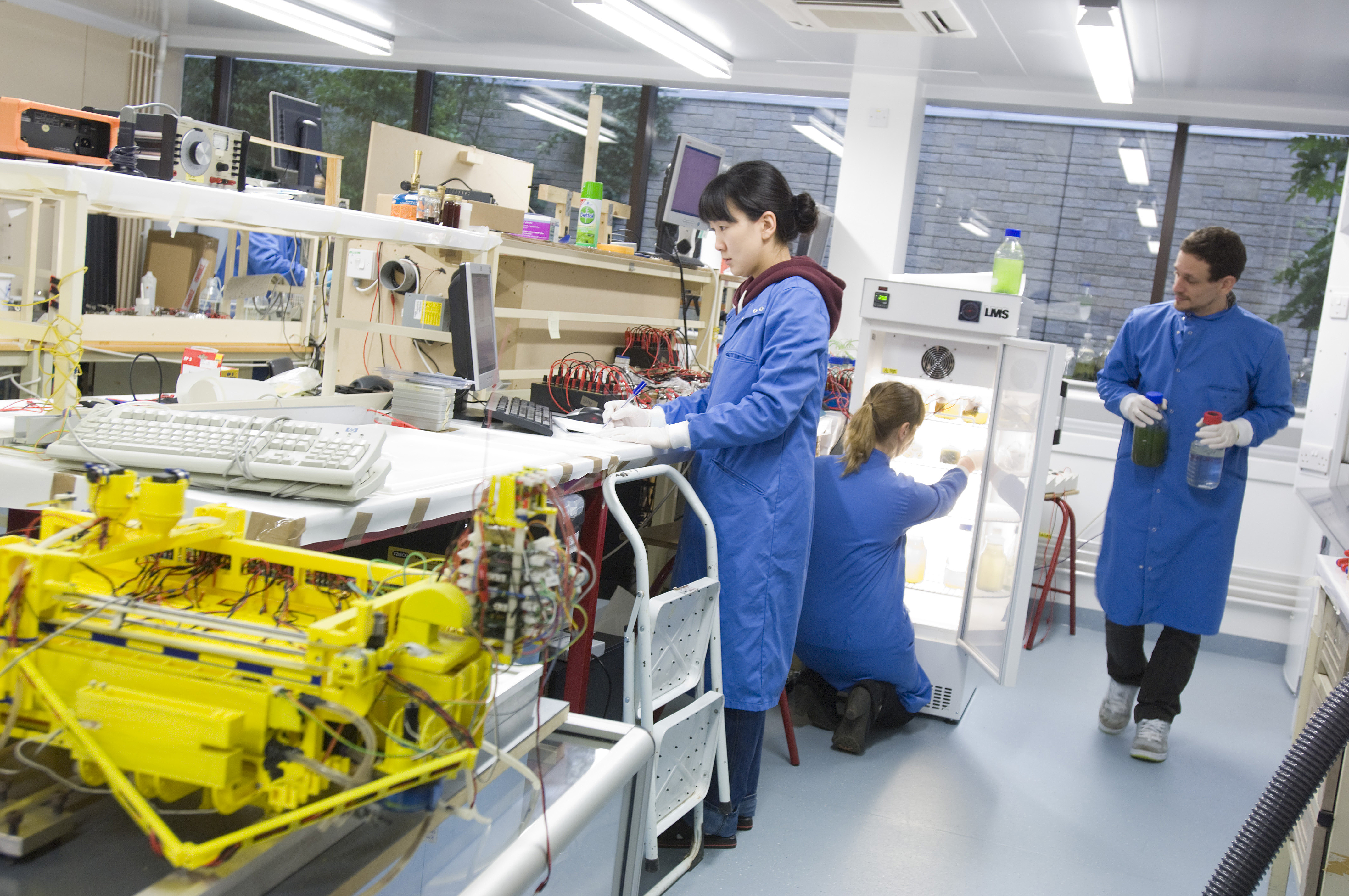 Europe is strong in interdisciplinary research and team work along the value chain. One example is Bristol Robotics Laboratory (above: BRL’s energy storage lab for robots) which was called by David Willetts, UK Minister for Universities and Science, as a “unique collaboration that harnesses the collective strengths of its university partners, and brings together the best expertise from industry and the academic community to spearhead Britain’s efforts to be a world leader in modern advanced robotics”. Europe has several dozens of those robotics laboratories, often garnered with several spin-off companies in their neighbourhood.

In terms of scientific standing in robotics, Europe also has a strong world position. European diversity in science supports multi-disciplinary domains such as robotics, which in turn relies on a variety of fundamental domains and is thus to a large extent the science of integrating a broad spectrum of technologies. Europe is particularly strong in technologies such as cooperating robots and ambient intelligence; speech and haptics-based human-machine interface; safety; actuation (without gears); grippers and dextrous hands; locomotion (without bipedal locomotion); materials science and engineering; navigation and collision avoidance; motion and task planning; control of arms and vehicles; learning; modelling for control (kinematics and dynamics), biomimetics, bionics, and cybernetics.

In terms of social sciences, the use of robotics in society raises many ethical and societal issues as well as legal ones. Europe has managed to lead the worldwide debate in this area and it is important that ethical, legal, and social (“ELS”) investigations should be at the forefront of considerations regarding the deployment and use of robotics in the wider European society.

The need for European action

In a globally competitive environment, Europe is not only competing against low-wage economies, but also highly automated economies and as the decade progresses robotics usage will increase around the world. In the competitiveness, productivity and sustainability battle, leadership in robotics technology will be the key differentiator.

Robotics markets are evolving quickly and robotics will be a key source of competitive advantage and a means for tackling societal challenges and to excel in science. To maintain and build its position, Europe needs to take concerted action. European-wide action is required to take advantage of regional and national strengths in the core multi-disciplinary competencies of robotics and build critical mass, particularly with regard to efficient supply chains that will be vital for the delivery of cost-effective products and services. 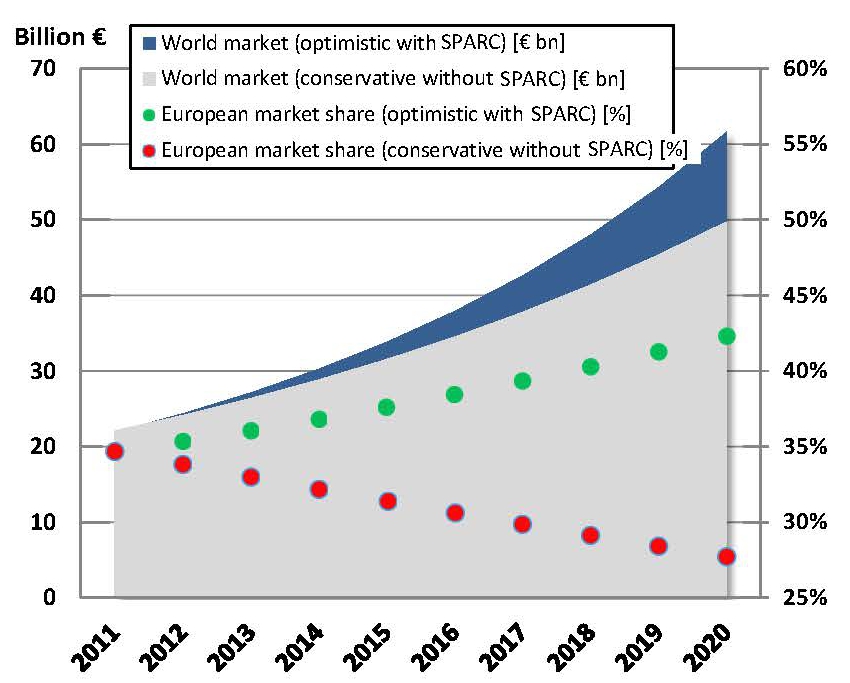 Estimates on the world robotics market developments and reachable European market shares. The effects of SPARC are noticeable in a significant uplift of the European market share (plus 14%) and a resulting additional turnover of approximately €44bn (cumulated over years 2014-2020). Growth rates and market shares are cumulated for the entire robotics domain from industrial, professional (without defence-related applications) and domestic service robotics.

Europe is rich of many success stories in Robotics: from the sector of industrial robots which was and still is the backbone of automation, to professional service robots in agriculture, logistics, underwater, in the air, providing maintenance, inspection, manipulation, and many other jobs to improve productivity, safety, security, and health.

A list of success stories is amended on a regular base. To browse them, click image below: 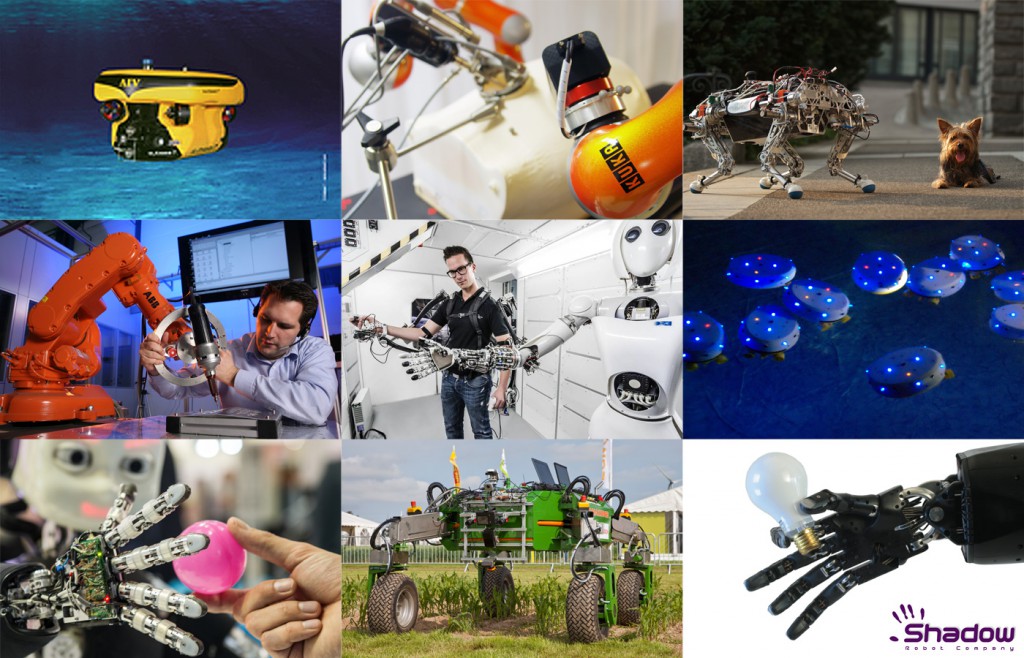