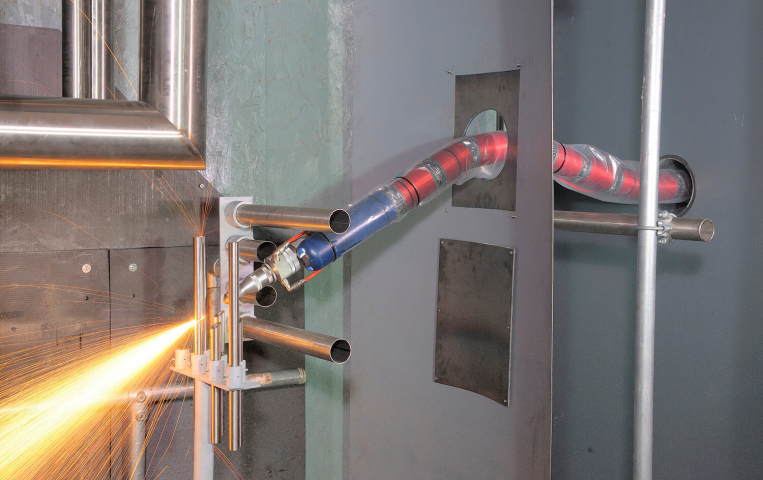 OC Robotics snake-arm robots are specifically designed to perform remote handling operations in confined and hazardous spaces. Snake-arm robots have a long, slender and flexible design, fitting effortlessly through small openings and around obstacles. Snake-arm robots do not need support from the environment, which means that they can navigate through an open space, avoiding obstacles, carrying tools and conducting work.  OC Robotics has delivered snake-arm robots systems and engineering solutions across many different industries including nuclear, aerospace, construction and security. 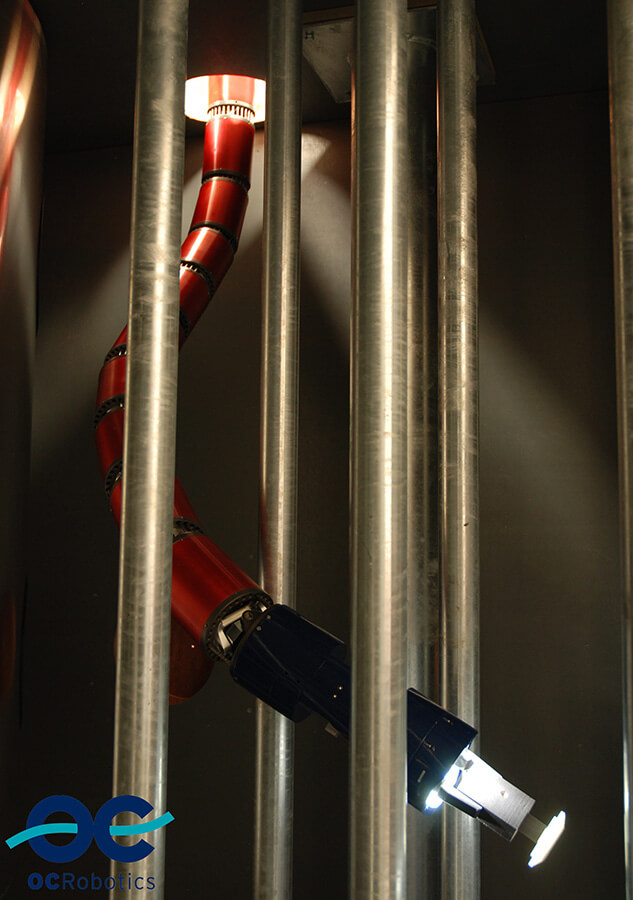 Decommissioning of nuclear facilities represents a critical long-term challenge to the nuclear sector. With the problems of radiation dosage and confined spaces, the nuclear industry is a clear beneficiary of snake-arm technology.

In 2011 OC Robotics led a collaborative project with TWI Ltd as part of a UK Technology Strategy Board competition for nuclear R&D feasibility studies. A snake-arm robot was combined with a 5 kW laser to enable a selective, remote-controlled approach to dismantling and decommissioning of complex structures in hazardous and confined nuclear environments.

OC Robotics is currently leading the LaserSnake2 project which builds upon the original LaserSnake feasibility study, aiming to combine robots and lasers to create safe, cost efficient tools for high-hazard confined spaces. LaserSnake2 demonstrations will be world firsts, enabling substantial engagement with end users in the UK and export markets. LaserSnake2 will demonstrate an integrated snake-arm and laser system which can be rapidly deployed, furthering development of snake-arms for deployment in nuclear environments. The other project partners include TWI, the National Nuclear Laboratory, ULO Optics and Laser Optical Engineering. The project is part funded by the Technology Strategy Board, the Department for Energy and Climate Change, and the Nuclear Decommissioning Authority.

OC Robotics was formed in 1997 and raised capital in 2001. The vision of the founding directors, Rob Buckingham and Andrew Graham, was to see innovative robotic systems become a commercial reality. The company has come a long way since the first prototype was built in 2001. Over a decade later, the expanding company has successfully delivered snake-arm robots and associated products and services to partners and clients all over the world.


Check the robots in manufacturing gallery for further images.