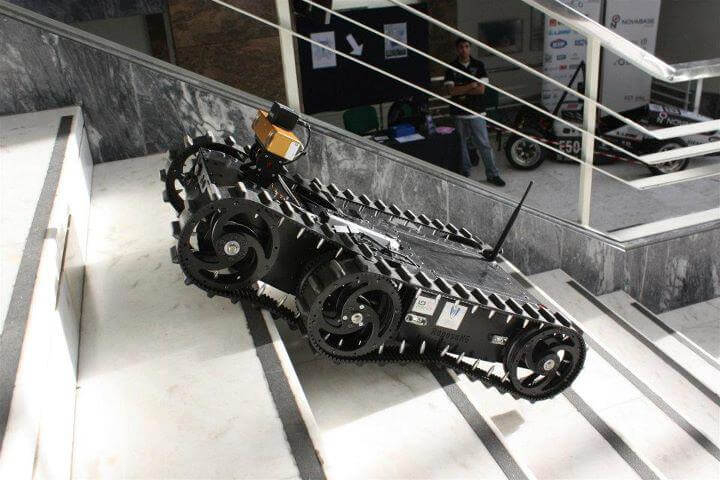 RAPOSA is a robot for Search and Rescue (SaR) operations, designed to operate in outdoors hazardous environments, such as debris resulting from structure collapses. The original robot was designed by ISR/IST and developed by our spinoff IdMind, and was equipped for search operations only, defined as the tele-operated detection of victims, using specific sensors, whose information is transmitted to the remote operator. The robot equipment included 3 conventional cameras, one thermal camera, several explosive and toxic gas sensors, temperature and humidity sensors, inclinometers, artificial lights, microphone and speakers. The robot dimensions were designed to fit sewer pipes in cities and to easily climb standard-sized stairs. 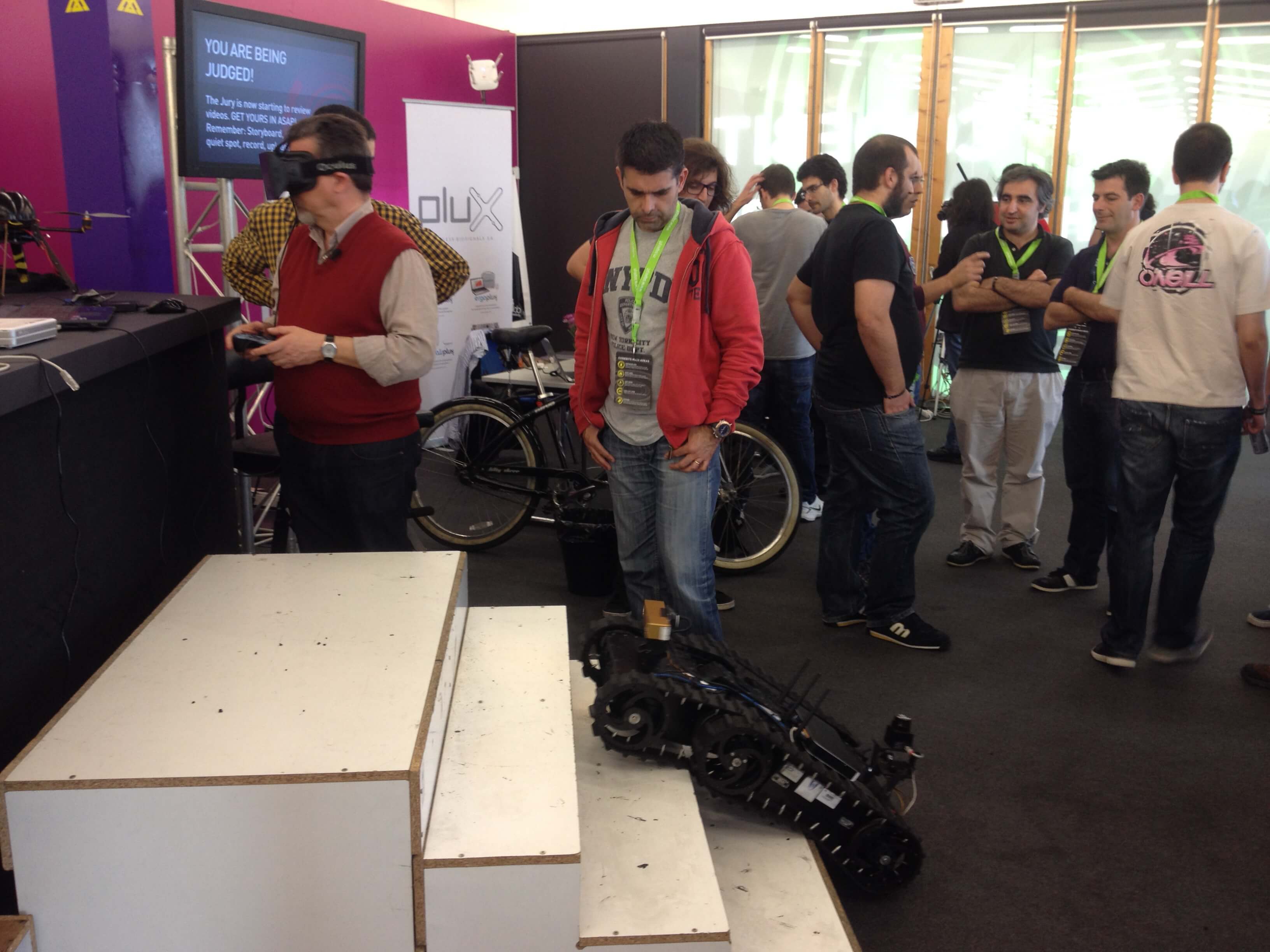 The original RAPOSA robot was semi-autonomous, i.e., it was tele-operated via a wireless link from a remote console using a conventional GUI and a gamepad, and it could remotely switch between tethered and untethered operation through a visual servoing + latch system. Over the years, autonomous operation modules were developed for operations such as autonomous stair climbing and tether (un)docking.

The original RAPOSA was used in field trials with the Lisbon Fire Department, including an European Field Trial EUROSOT 2005, that took place in Sicily, Italy. RAPOSA and RAPOSA NG had a couple of participations in the robot competition ELROB. RAPOSA NG also participated in RoboCup German Open 2012 and RoboCup 2013 Robot Rescue leagues.

RAPOSA was a great media success in Portugal when it was first presented in 2005, as the result of an R&D project funded by Portuguese public funds. This was mainly due to its nice abilities to handle situations of interest for First Responder teams and for its originality of being able to switch remotely its tele-operation mode between tethered or untethered. This and posterior research developments towards full autonomy and immersive tele-operation using head-mount displays lead to several publications and public presentations in fairs.