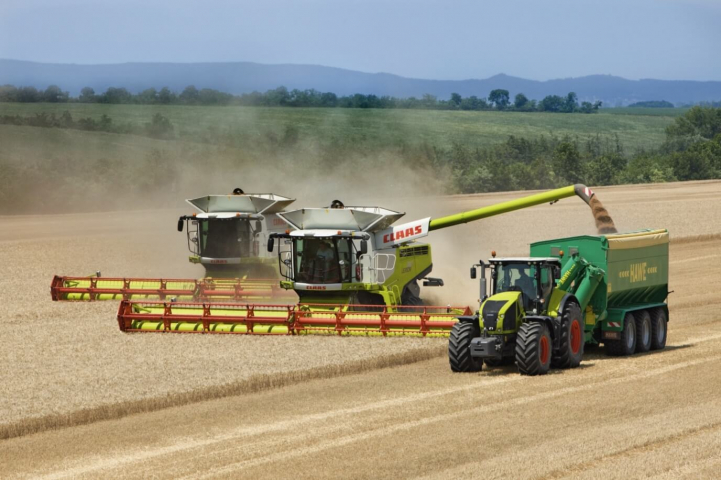 Most agricultural processes in the field are characterised by a high share of cooperation between numerous machines. This can be particularly noticed during harvest season. Harvesters process crops, subsequently taken over by infield transport vehicles and road transport vehicles and finally stored or processed in many different ways.

Regarding grain harvest, combine harvesters make their way through the field in accordance to several demands, like harvesting headland first, unload only left-hand side, distance of harvesters less than 600m, harvest preferred patterns. Several combines are served by one infield grain cart taking care that the grain is taken over at right time and right place. Right time means unloading before the grain tank’s capacity is reached and the combine has to interrupt the process which directly increases process cost. It is of course essential to estimate where the combine’s position will be when the grain tank is full.

In a national funded research project (MARION, 2010 – 2013) the German Research Centre for Artificial Intelligence (DFKI) and CLAAS have developed a prototype for solving this problem.

Plan-based control mechanisms available from the robotics domain allow for planning, optimising, and executing the process with increased level of autonomy. All machines involved in the harvesting process follow a common global plan and exchange process data via m2m-communication. From that, the global plan is dynamically adapted and continuously refined to local plans for execution by each machine. As a result a high degree of transparency is provided to all systems and plan based information can be used to immediately control the machines.

This approach generates considerable benefits, due to the fact that combines are one of the highest single investments that have to pay back in very short annual time frames and harvesting processes show a lot of space for organisational improvements.

Opposite to other robotic applications, developments in agriculture are not visually perceived as disruptive changes. Careful adoption of robotic technologies based on already existing functions takes place underneath the surface. With this, farmers and contractors are enabled to improve the adaptability and performance of entire mechanisation chains and at the top most goal to reduce unit cost to be competitive. 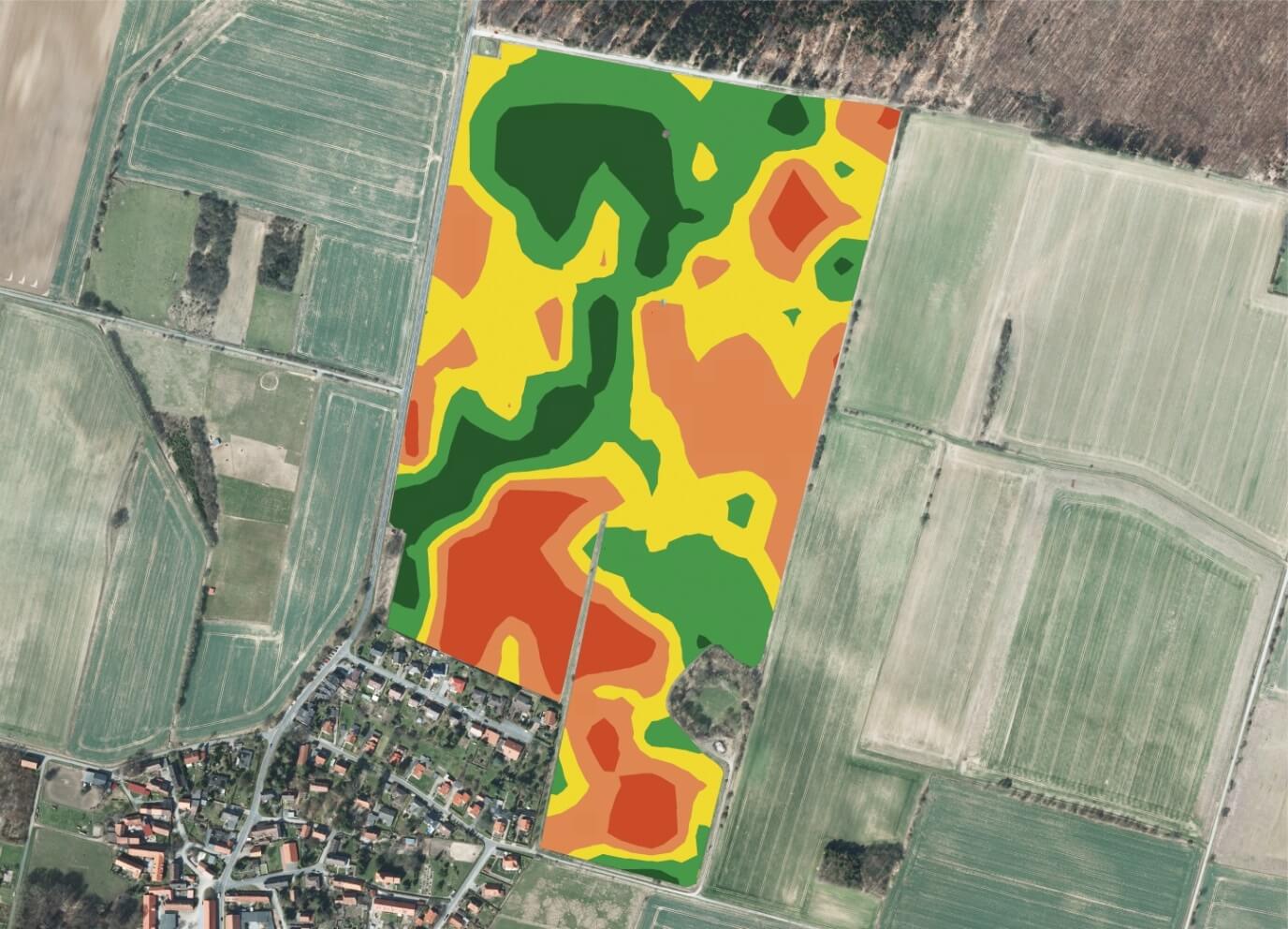 This map shows how the yield varies on the same field. It will be the basis for GPS-controlled robotic precision farming in the next planting season (Image credit: CLAAS Selbstfahrende Erntemaschinen GmbH).

Check the robots in agriculture gallery for further images.


Tweets by eu_Robotics
Stay informed
If you like to be informed by mail when new articles are published, please fill out the following form.