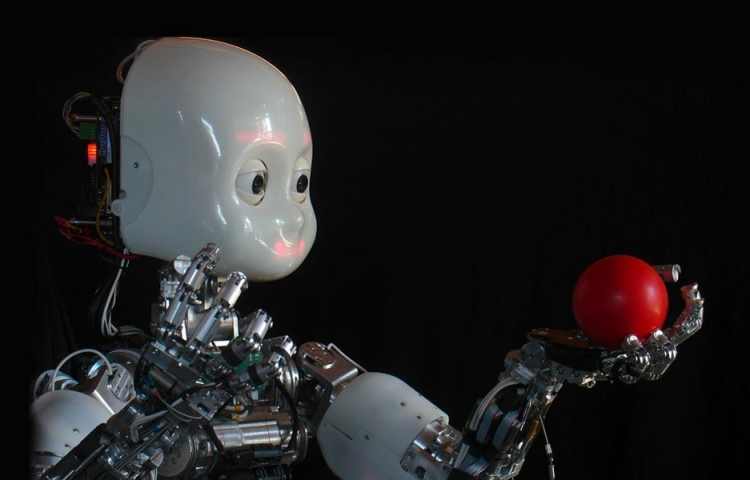 Brussels, 17th June 2016 – A novel pan-European competition format – the European Robotics League (ERL) – will be launched under the umbrella of SPARC – the Partnership for Robotics in Europe – at this year’s RoboCup on 30th June in Leipzig. The ERL will pit a host of international teams against each other in three vibrant fields of robotics: industrial, service and emergency robotics. Competitors will engage in local matches and major tournaments distributed across Europe and organised by Europe’s most prestigious research institutes. “The European Robotics League will spur innovation and entrepreneurship and both maintain and extend European leadership in robotics”, says Dr. Rainer Bischoff, Vice-President Industry of euRobotics aisbl and Head of Corporate Research at KUKA. “It is a unique opportunity to break down real-world challenges into a competition format, similar to the UEFA Champions League in football, which is exciting for robotics scientists, the robotics industry and the general public alike.” Dr Anne Bajart, Programme Officer, DG CONNECT – Robotics, European Commission – adds: “The EU has been funding research in robotics since 2004, helping Europe to become a world leader in this field. Amongst those projects and initiatives, competition and benchmarking are recognised as key leading to Europe’s excellence and competitiveness. Those efforts are now cumulating in the launch of the European Robotics League.”

Competitions and benchmarking in three industrially and socially relevant fields

The European Robotics League is a common framework for three competitions in the fields of Industrial Robots (ERL-IR), Service Robots (ERL-SR) and Emergency Robots (ERL-ER). Easy-to-communicate and convincing user stories, which catch the interest of the general public, scientific research, and industry, pose a range of open societal, scientific, and industrial challenges. The competitions are designed to address these challenges and to thoroughly assess, compare, and evaluate competing innovative approaches.

The main purpose of ERL-IR is to foster innovation in industrial robotics. The focus is on manipulation, handling, assembly and transport of work pieces. The league uses a scaled-down factory environment and desktop-size robots for mobile manipulation. The challenges addressed include performing a variety of work steps at different locations on the shop floor and automating high-mix low-volume production using a limited number of, but flexible production equipment.

ERL-SR focuses on the domain of service robotics for home and healthcare applications. The challenges in this field are designed around the idea to support an elderly person in mastering his/her daily life at home. Typical task benchmarks include getting to know the home, welcoming visitors, and performing a large variety of general-purpose service robot tasks.

In ERL-ER, the competitions demands innovations in robot sensing, locomotion, autonomy and robot-robot cooperation. Challenges are inspired by the 2011 Fukushima accident and require teams of land, underwater, and flying robots to collaborate in order to survey the disaster scene, collect environmental data, and identify critical hazards.

Teams participating in the ERL must compete in at least two tournaments per year, which can take place either in a certified testbed located in a European research laboratory, or as part of a major robot competition event. The scores accumulated by the teams are used to rank them. The top-ranked teams will be awarded prizes during the annual European Robotics Forum event, organised by euRobotics.

All too often education begins with knowledge that has settled over decades. This leaves a huge untapped potential for innovation: the open-minded adventurous spirit and the curiosity of students. Robot competitions meet educational as well as research needs and can serve as an excellent platform for developing the skills of future engineers and scientists. Having robots perform numerous task and benchmarks in competing situations and under varying circumstances creates awareness and understanding of real-world research and development problems in robotics. Students participating in competitions are well aware of such problems, while students only exposed to robots in the lab lack such experiences.

Partnership with RoboCup Federation and the European Commission

The RoboCup Federation has agreed to a partnership, under which some of the tasks and functionalities of the two indoor challenges, ERL-SR and ERL-IR, will be shared with RoboCup leagues, but will be scored differently and in parallel for both competitions. The objective is to achieve convergence of both competitions to a common set of rules and scoring methods. The first local tournament of ERL-SR took place at IST, Lisbon, May 31-June 3. RoboCup 2016 in Leipzig, June 30-July 3, will host the first major ERL tournament for the 2016/17 season. The ERL will be officially launched at a kick-off event on June 30 during RoboCup 2016, at the Leipziger Messe fair grounds, marking the beginning of a new era in robot competitions.

The European Commission is supporting the ERL activities through funding a Coordination Action (RockEU2) for two years (2016-2017) under the H2020 SPARC robotics work programme. It is enabling a set of key partners from academia and industry to define the rules for the European Robotics League and organise the first training workshops and competitions. These key partners and the ERL concept are the natural evolution of a series of highly successful previous competitions that were established via the EC’s 7th Framework Programme funded projects RoCKIn, euRathlon and EuRoC. All three projects aimed to foster scientific progress and innovation in robotics and cognitive systems through the design and implementation of new challenges and competitions.

euRobotics aisbl is a non-profit organisation based in Brussels with the objective to make robotics beneficial for Europe’s economy and society. With more than 250 member organisations, euRobotics also provides the European robotics community with a legal entity to engage in the SPARC public-private partnership with the European Commission, represented by DG CONNECT. SPARC aims to maintain and extend Europe’s leading position in robotics, securing major benefits for the European economy and society at large.